The Walking Dead Season 5 Spoilers Who Will Be The Next To Die – Episode 3 – Could it be Bob? 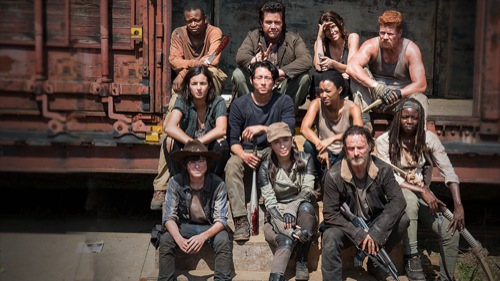 The Walking Dead season 5 is shaping up to be one heck of a ride, and it’s only a matter of time before we see more deaths. The Walking Dead season 5 spoilers episode 3 shows that in the world of zombies, it is not a matter of if but when….someone is going to die. TWD clearly has a penchant for knocking off characters that shock us, and season 5 appears to be no different. Episode two ended with the return of Terminus leader, Gareth. He proceeds to kidnap Bob, knock him unconscious, and eat his leg right in front of him. While Bob seems destined to be a goner sooner rather than later, who among the current crew is going to be the next to die, and will they die during episode 3?

Tyreese – This big guy seemingly is on the edge of death all the time. He is the current nice guy and seems to want to avoid all things violent whenever possible. (For example, leaving the kid alive at the Terminus cabin and his coming back to eat Bob). Tyreese would be a logical choice for the next to die. You love the big guy, but he seems as though he is being set up to die a tragic and sad death.

Tara – Tara has always fascinated me, but she never gets enough time on screen to really grow as a character. I can see her being there for zombie food by the writers. Unless she starts doing some serious story lines soon, she might be the next shock death for The Walking Dead fan base.

Rosita – Again, she has had very little to do with the story so far. Other than being rather attractive, Abraham’s gal, and part of the “new” breed on The Walking Dead, we know very little about her. I hope that is temporary because she has a ton of potential in the story. That said, I don’t feel good about her chances moving forward.

Abraham – Tough, and determined to get Eugene to Washington, Abraham has had a singular purpose thus far on The Walking Dead. His purpose has now become Rick’s purpose as well since Rick accepted that they would try to get to Washington together. Rick seems to still be the unquestioned leader, at least for now. I can see as story where Rick and Abraham quarrel over leadership and ultimately Abraham is killed off to solidify the group once again. I can also see them killing Abraham early to help usher that in right away. Still, it is hard to imagine him gone this early in season 5.

There are countless others that TWD could kill off early in season 5, as early as episode 3, but it seems as though it would be wasteful. The season is young enough that killing off a big character would be anticlimactic at best. Building to a situation makes much more sense. If you disagree, then we would love to hear about it in the comments..

Who do you think will be killed off next on The Walking Dead? Check out CDL for more TWD spoilers!