The Walking Dead Season 5 Spoilers – Will Rick Grimes Continue to Lead The Group After Terminus? 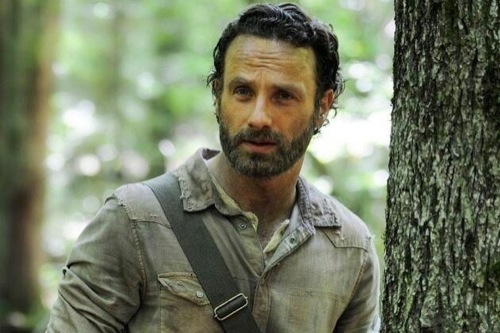 The Walking Dead Season 5 spoilers ask the question will Rick Grimes continue to lead the group of our survivors. The Walking Dead season 5 Premiere certainly was all that was advertised and then some. Rick and his buddies got out of the train car and thanks to some heroics from Carol, survived Terminus. One huge question as we move forward, however, is whether or not Rick will continue to be the leader. He certainly remained solid in that role through most of episode one, but there were some signs that he might have some challengers as well.

One clear moment that showed this was when Rick wanted to go back and finish the job with Terminus. The rest of the group kind of bucked him on this and ultimately he was convinced to move on instead. Rick seemed almost surprised that he was being questioned, and why not? He has been the leader of this group from the start for the most part. It was a moment that certainly made you wonder if change was coming.

Another good reason to think things might change is the emergence of several newer characters that are natural leaders. Abraham certainly springs to mind as a primary threat to Rick’s leadership. He is not someone that strikes me as a follower. Rick, for his part, seems like he might flourish in a different role. Always having the pressure on his shoulders has to be difficult and especially so now that he has Baby Judith back. Perhaps it is time for him to explore his role as a nurturer and father?

Another dark horse candidate to take over the reigns is Carol now that she has channeled her inner kick ass. The job she did to save them from Terminus was stunningly efficient and certainly cemented her role as a leader. Her history could get in the way to a degree, but you get the feeling that is long in the past as far as her relationships with the group. Carol might eventually morph into a surprise leader.

Finally Glenn is another one that I would love to see step up as a leader. His hardened, new attitude seems like a good fit for the role and he has plenty of ability. Glenn is one guy that has shown an ability to survive in the toughest of situations. The one thing we are not as certain of is if he can apply those traits to a group as well. He as done some of that, but he is at his best when he is alone and surviving. Glenn still may ultimately be the strongest one of the group.

No matter who leads The Walking Dead cast of characters, you can be sure there will be plenty of explosions, zombies and destruction along the way. Who do you hope leads them in the end?