The Walking Dead Season 5 Premiere Spoilers: Who Dies – Kill Off Anyone? 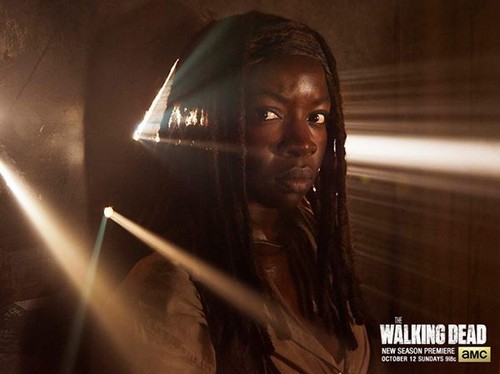 The Walking Dead Season 5 premiere episode has all fans impatiently waiting for Sunday October 12 when the episode 1 airs. Who will be killed, who will die, who will fall in love? Pretty much everyone has been addicted to a television show at one time or another. Perhaps they were addicted to Friends, Seinfeld or even the latest in reality television shows. Few television addictions are as powerful as those exhibited by followers of AMC’s The Walking Dead. Entering a power packed fifth season in October, the show builds followers that are as determined to not miss an episode as the flesh eating zombies are to get fed.

So what makes everyone so rabid about the show? What makes The Walking Dead must-see television for the masses?

Here are five great reasons why I think it is so popular:

Intelligent storylines – Few television shows about zombies taking over the world are going to be classics of any kind but the story behind The Walking Dead certainly could be. The way they interweave the various plots to bring them to culmination is amazing and the story never stalls. Even with it being about zombies, you are never feeling like you saw it before. That is master storytelling.

They will kill off anyone – When it comes to being unpredictable, The Walking Dead is hands down the best show on television. This show is like a weekly example of what made Scream so popular as a horror movie a while back. Scream killed off Drew Berrymore, the star of the movie, in the first few minutes of the film. The Walking Dead kills off someone at random – you never know who dies next – and it is always shocking. You find yourself constantly thinking they won’t go there…..only to have them go there.

The effects are stunning – As hard to imagine as it might be, zombies become believable rather easily when you watch the show. They are at once disgusting, yet human. Scary yet sympathetic…This conundrum is part of the allure.

The end of the world – We have all wondered and The Walking Dead shows us exactly what the end of the world could be like. Seeing a deserted landscape and the horrible atrocities that follow is at once heart breaking, yet powerful and impossible to ignore.

Continuity – This is much the same as intelligent storytelling, but deserves it’s own category. The Walking Dead has so many little side stories going on at once that you simply could not help but expect that they would trip up once in a while….yet they never do. The story makes sense from every single angle you inspect it at and you will quickly become aware of the intricacies of the plot when you go from season to season. Each one stands alone but they all tie in together to tell a master story.

The Walking Dead is starting back up in season five and zombie fans everywhere are excited. If you have not seen all of the four seasons of The Walking Dead, you need to check them out today!