The Walking Dead Spoilers: Five Reasons Season 5 Including Beth and Rick Will be Best Yet (VIDEO) 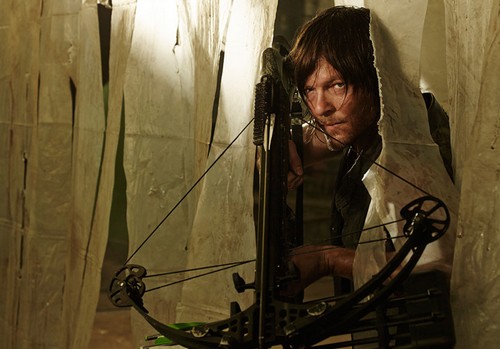 The Walking Dead season 5 spoilers are here and the series is already considered to be one of the greatest episodic television shows of all time, but the best may be yet to come. Season 5 of The Walking Dead is set to begin in October and fans are literally salivating at the thought of what might happen. That is par for the series, but Season 5 spoilers have a different feel to them. Every television show has a defining Season that everyone looks to as it’s finest. Here are five reasons why I think Season 5 of The Walking Dead will be the greatest when we look back later:

The Characters Have Matured – In a world where all the characters are killed off rather quickly, it is not often you get to see anyone mature. Rick, Carl and several others have been around for a very long time now and we have watched them grow. Now they are older and how that changes the story will be fascinating. Our connection with these guys demands that we follow the story, but now we feel invested in them as individuals. That makes for great television.

The Story Has Gelled – Like the characters, The Walking Dead story has evolved and gelled. Now they are facing a terrifying fate with Terminus and the entire viewing world is wanting to know what happens. That means that The Walking Dead 5 is in high demand.

Rick Has Evolved Into A Scary Dude – Rick has always been a pretty fascinating guy in story but now he is truly exciting. He has reached a point as a character where he is brutal and has found peace with that side of himself. The lengths he will go to protect his family are scary and at once, admirable. How will it shake down in the weeks to come?

The Beth Mystery is Sure to Be Powerful – Having Beth get kidnapped at the end of Season 4 and leaving it as a cliffhanger was typical “The Walking Dead” brilliance. Nobody has a clue what happened to her and now we are left to wonder how she is. Is she dead or being groomed for something else? That is one of the best mysteries entering the new season.

Makeup and Special Effects are Perfected Now – From day one the special effects and zombies were mind-blowingly real and nothing changed over the years. The one thing that I did notice was that the zombies seemed to get even better over time. Now, they are entering a 5th season with a ton of zombie making experience. Lord only knows what they might come up with.

Here is to a great season with The Walking Dead Season 5!