The Walking Dead Season 5 Spoilers – Which Couple Will Be The New Romance? 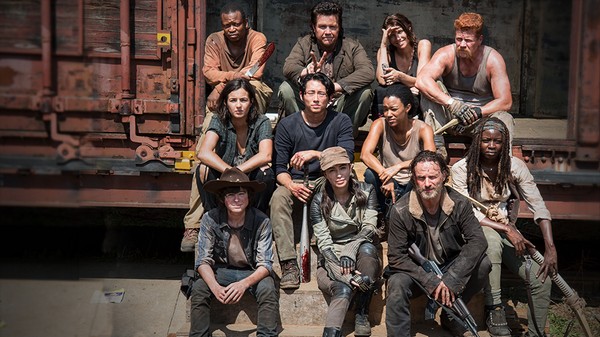 Carol and Tyreese – Sure she murdered his former love, but what does that really mean in a world where zombies are constantly trying to munch off your head? Carol has been in a tough place for a very long time and so has Tyreese, so a relationship could really end up being a nightmare hookup. That is what Walking Dead seems to thrive on, so why not?

Before Carol told Tyreese about her murdering his old love, they seemed to be having a pretty family like existence. In a post-apocalyptic world like this, two of the oddest people can easily pair up and make a go of it. Why not Carol and Tyreese?

Michonne and Daryl – Talk about coming up with something nutty, can you imagine it? While this might be funny to see, I can’t imagine these two getting together at all. Daryl comes from a racist family (if you look at his brother’s point of views) but seems to be much more accepting. It could happen in the world of zombies. That would be one powerful fighting couple right there. Nobody would ever break in on that happy home.

It is rather cool to think about how these two people from polar opposite places in the world could find love amongst such tragedy. That is kind of the appeal for many Walking Dead fans…the chance to see the impossible. This is about as impossible of a pairing as I can imagine.

Rosita and Rick – Something about these two just seems to make sense. Rick seems to finally be getting over the demons of his lost bride and could easily fall into the arms of this beautiful bad ass. Although it is possible she is already in a relationship (hard to tell) I can certainly see this pairing becoming a power couple down the road. How Carl would feel about that is uncertain.

So why Rosita and Rick? Simply because of the wild repercussions that would surely follow. With Rick fighting through such desperation and Carl finally finding his legs, it seems like the last thing Rick would do. This show has always taken those types of crazy turns.

Who do you think the new romance will be?