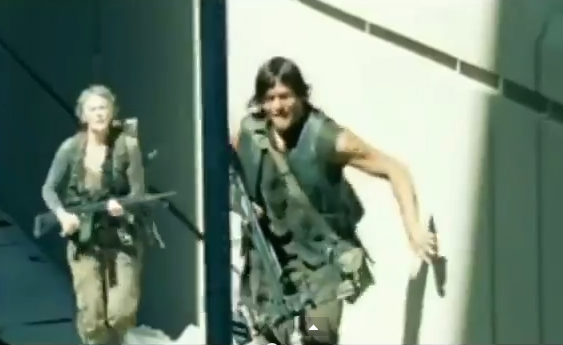 The Walking Dead spoilers for season 5 episode 6, “Consumed,” promise an viewing experience that TWD fans won’t soon forget. The Walking Dead season 5 episode 5 may have shed some new light on Abraham and Eugene’s back stories, but the big mystery around Eugene’s ‘cure’ has been solved. In other words, there was no cure [duh], Eugene sucks, and Abraham is one more incident away from losing his head completely. We’ve always seen how Eugene’s mission was the one thing that held him together, and now that he’s lost that, I don’t think he has it in him to lead any missions – to Washington D.C., or otherwise. So now that we’ve gotten that out of the way, we revert back to Carol [Melissa McBride] and Daryl [Norman Reedus] for the next episode, and their attempts to rescue the most useless member of Team Rick: Beth [Emily Kinney].

I’m sorry, I know I’m quite harsh on Beth, and she’s definitely improved as a character from the previous few seasons. But if we HAD to pick a least useful member of the group, you know Beth would shoot to the top of that list. Besides, her kidnapping caused the group splintering, and I detest the group splintering. It gives us more meandering episodes like we got in the latter half of Season 4, and I hate being reminded of Season 4.

Anyway, we’ve seen the sneak peak video for The Walking Dead Episode 6 ‘Consumed’, and a synopsis is that we’ll finally get to see how Daryl’s and Carol’s rescue attempt of Beth sees Carol being captured and Daryl rescuing Noah. This is supposed to be the big Daryl and Carol centric episode that everyone was talking about, and no doubt shippers will be over the moon about this episode. It’s been a long time since we’ve seen Carol and Daryl together, without constant interruptions from other members of the group. From the sneak peak – which shows them driving a car and following the people that took Beth – there doesn’t seem to be any romantic undertones, but never say never. Check out CDL tomorrow for more The Walking Dead  season 5 spoilers!

Update: A website (IBTimes) has used fan’s comments to speculate on whether Beth dies in episode 6 – and this speculation is based upon the second sneak peek video for “consumed” below. The likelihood of TWD showing a major character’s corpse in a promo video is tiny when the character has yet to die, especially since our reliable spoilers source already tells us that Beth dies in the The Walking Dead mid-season finale.