The Walking Dead Spoilers Who Dies Next, Is It Rosita? Season 5 Episode 5 ‘Self-Help’ Preview Video 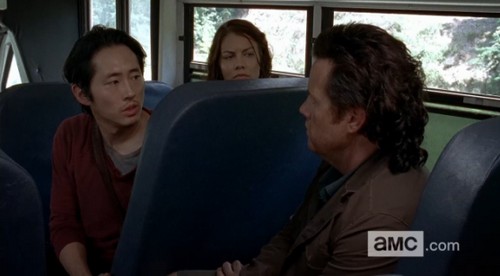 The Walking Dead season 5 spoilers have been accurate so far and this installment should be equally helpful for fans wishing to get a jump on TWD! The Walking Dead took a quick detour during episode 4, ‘Slabtown’, to focus on Beth [Emily Kinney] and her troubles. It turned out that she was actually kidnapped by something even worse than the cannibals at Terminus – a rapey group of creeps running Grady Memorial Hospital in the middle of Atlanta, Georgia. It was the first time we’d returned to Atlanta since the first season, and it was definitely interesting to see how the city had changed post-zombie apocalypse. The next episode of The Walking Dead Season 5, Episode 5, will be titled ‘Self-Help’, and will run back to Abraham, Maggie, Glenn, and Eugene.

Anyway, it turned out that the people holding Beth at the hospital were also holding several other people captive – some to do their menial labor, and some for sexual reasons. Even though the rape was implied and never shown, the threat surrounding Beth – and the other ‘workers’ – was clear and uncomfortable. It was great to see Beth sticking up for herself, but the girl doesn’t really have the experience or backbone to get out of there alive by herself. Of course, the saving grace will undoubtedly be Carol [Melissa McBride], who we saw wheeled in towards the end of the episode. There’s no way Carol’s going to put up with this crap, and if she could bust out of Terminus, then you know these idiots are going down. But even though there’s no question of Carol making it out of there alive, we have to wonder if Beth will manage to escape with her.

The show is playing with several different timelines right now. The previous episode saw Daryl return to the rest of the group with someone, likely one of the survivors from the hospital named Noah. That means that the episode after next [episode 6] will probably show us how Daryl and Carol ended up in Atlanta, and how Daryl escaped with Noah but Carol got captured. So it’s likely that we’ll have to wait another three episodes to see a rescue attempt for Beth and Carol, but that leaves us questioning whether Beth will make it through the end alive. We’ve been hearing that Emily Kinney hasn’t been spotted on set for several months, and that usually means that the character’s a goner. Will Carol, Daryl, and/or the rest of the group manage to save her in time? Or will Beth’s death be the next big character death in the grim Walking Dead future?

Of course, the immediate question over the next episode if why Abraham is apparently crying in the teaser video. We know that ‘Self-Help’ will focus on Abraham’s group, even if the biggest mystery right now is Beth’s survival. But if Abraham’s crying, I have a feeling that another member of the group bites the dust. There’s no way it’s going to be Eugene, since his whole getting to Washington storyline is so important. But what about Rosita? She’s not really THAT important to the group, and it would explain why the group looks so torn up. Plus, Rosita’s death would provide a much-needed kick to a show that often stagnates a few episodes into every season.