The Walking Dead Spoilers Season 5: Does Rick Die – Who Dies, Who Will Survive Into Season 6? 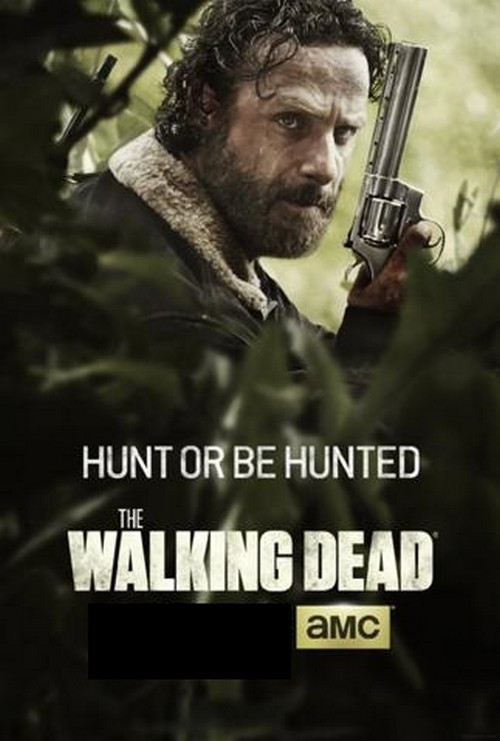 The Walking Dead Season 5 spoilers look at who will die and who will survive and make it to season 6. Okay, so we want all of our The Walking Dead season 5  crew to survive the zombie apocalypse. We know that won’t happen, though. In The Walking Dead world, no one is safe. Certain characters have given us more grief when they’ve left us (Dale, Hershel) than others, but all in all, none of our main characters are truly safe. If you want to read our recap of episode 4 “Slabtown” just click here.

It is like an episode of “Survivor” in which we don’t know from week to week who will be voted off the island.

Let’s break it down into who we think will survive season five and make it to season six:

Rick — Rick is almost a given. He is the main character. We started this thing with him. I think it’s safe to say he’ll stick around.

Daryl — Daryl is a character created for the television series and he was not in the original graphic novels. We can sometimes take our cues about life or death from the comics, but not always. Daryl’s popularity with fans, though, seems to secure his place. So we doubt that Daryl is going to meet an end anytime soon.

Carol — Carol has proven her value to the show. Who didn’t love watching her take on the Terminus freaks and rescue everyone? Oh yeah! Carol is a definite favorite and it’s probably safe to assume that she will be safe for awhile at least. Probably at least until season six.

Carl — Hmm, the kid is iffy. It’s a great hodgepodge of characters to have a kid or two in the show, since, well, the apocalypse will affect kids too. If the apocalypse happens, there are bound to be kids who survive and learn how to live in the new normal. Carl is a good representation of this and it’s good to have him around. He could be a loss sometime during the next season or two.

Judith — Unfortunately, Judith is the most vulnerable. She can’t take care of herself and as a baby, her innocent actions (crying) can put the whole group in jeopardy. Hopefully, if she becomes a loss, we won’t have to see it.

Abraham — Abraham becomes a key player in the comic series, but he does eventually get killed. That doesn’t mean he will die in the television series, but it’s probably a safe bet to think that he will meet his end sometime during season five or six.

Eugene — Hmmm, Eugene seems to be a likely candidate for zombie chow. He doesn’t seem to be much of a fighter or survivor on his own — without Abraham — and Abraham can’t be everywhere at all times. We don’t think Eugene will be a long-term player in our zombie apocalypse.

What do you think? Who will survive this season and who won’t? It’s a crapshoot, but all we can do is watch and see.