The Young and the Restless Spoilers: Victoria’s DNA Test Proves Billy Baby’s Father – Adam and Sage Find Nick, Save Him? 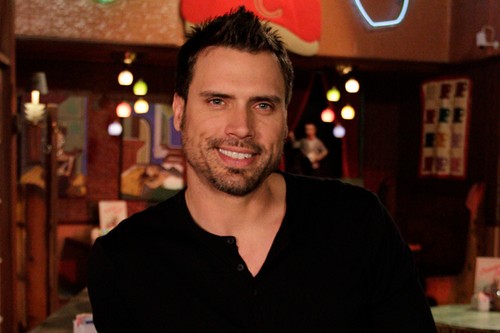 The Young and the Restless spoilers reveal that the week of December 1 – 5 will be full of must-see episodes. Rumor has it Y&R fans will want to tune in to the CBS soap every day for intense confrontations and shocking revelations. According to Y&R spoilers, Monday’s episode will finally be the moment of truth for Victoria Newman – and she will learn whether Stitch or Billy Abbott (Burgess Jenkins) is her daughter’s father. Guess what, the DNA results are in and the baby daddy is Billy! Not exactly the optimal result under the circumstances.

Sharon Newman is in for another rough week on the CBS soap, The Young and the Restless spoilers tease that now that she has faced Nick (Josh Morrow) and Phyllis, it is time for her to face Summer. And apparently Summer (Hunter King) is just as wild as her mama, and she goes up one side of Sharon and down the other for switching her paternity test, and hiding the fact that Nick Newman was actually her father.

The Young and the Restless spoilers for the week of December 1st also tease that Adam Newman meets his first Genoa City resident with his new “Gabriel face.” The Y&R spoilers in the latest edition of CBS Soaps In Depth reveal that Sage finds Nick trapped in the bear trap in the woods and asks Adam to help her save him – but when Adam (Justin Hartley) realizes it is his own brother, he announces he can’t help him and leaves Nick for dead!

In other The Young and the Restless news, fans can expect Michael Baldwin to receive an official diagnosis from his doctor regarding his cancer. Y&R spoilers also tease that Phyllis (Gina Tognoni) heads back to work at Jabot Cosmetics, and Hilary and Devon’s relationship is put to the test when Devon’s fake girlfriend is hotter than Hilary.

So, Y&R fans, are you excited to see Summer put Sharon in her place, or do you think Sharon has been put in her place enough and could use a break? Do you think Michael will be able to fight the cancer, or are the writers killing off Christian LeBlanc’s character? Let us know what you think in the comments below and don’t forget to check CDL tomorrow for more The Young and the Restless spoilers and news.