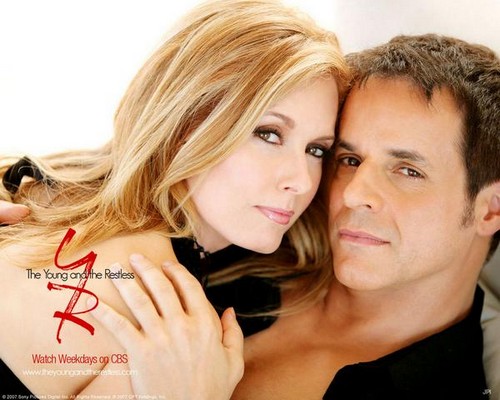 The Young and the Restless spoilers for Monday Oct. 20 tease tons of soapy drama, and a dark diagnosis for one Genoa City resident. CDL revealed exclusively a two months ago that Jill Farren Phelps was planning to kill off Michael Baldwin with cancer and say goodbye to Christian LeBlanc, and fans went in to an uproar that she was firing another iconic character. Rumor has it JFP wants to free up the long time couple of Michael and Lauren [Tracey E. Bregman], and Lauren will end up with newcomer Joe Clarke (Avery’s ex).

The Young and the Restless spoilers for Monday October 20 reveal that Michael Baldwin heads to Dr. Botnik’s office for his test results. Botnik insisted on running further tests when Michael visited him for a Viagra prescription because he was having a difficult time in bed with Lauren. When Michael arrives at the doctor’s office during Monday’s episode he is shocked to learn that he has cancer. We of course weren’t totally shocked because we knew it was going to happen, but we really wanted to be wrong. Is Christian LeBlanc going the  way of Michael Muhney and Billy Miller?

Y&R spoilers reveal that Michael’s cancer is just the tip of the iceberg in an action packed episode. Nikki and Paul planned to set up Ian Ward, and on Monday October 20 Ian returns to Genoa City and Paul arrests him and takes him to the police station, which leads to an explosive confrontation between Nikki and Ian. Meanwhile, Nikki’s hubby Victor has a confrontation of his own between Jack Abbott when he demands to know why Victor brought Phyllis out of her coma. And, all hell breaks loose when Ashley Abbott reveals to Phyllis that Summer and Austin are already married.

So Y&R fans, what do you think of Michael Baldwin’s cancer? Do you think JFP will really kill off his character? How long will Ian Ward be in jail before he weasels his way out again? And, what kind of crazy antics will Phyllis pull to end Summer and Austin’s marriage? Let us know what you think in the comments below and don’t forget to check CDL tomorrow for more The Young and the Restless spoilers.