The Young and the Restless Spoilers: Phyllis Demands to Go Home With Jack, Kelly Freaks Out – Joe Clark’s Revenge On Dylan 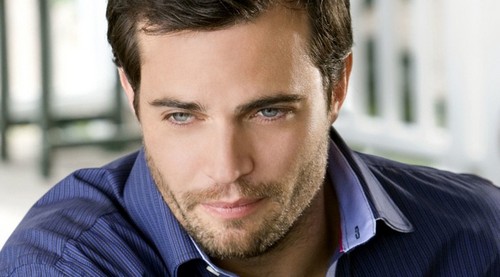 When The Young and the Restless spoilers for October 8 trace their roots to when Y&R began teasing Phyllis’s return to Genoa City and Y&R fans began speculating what would happen to Jack and Kelly. Jack Abbott, Phyllis’s ex – promised their daughter Summer that Phyllis would always be his true love, and if she ever woke up from her coma he would be with her. Obviously when Jack and Summer were having this conversation, he didn’t actually anticipate Phyllis waking up from her coma, which is why he went ahead and proposed to Kelly and moved her in to the house he once shared with Phyllis.

According to CDL’s exclusive spoiler source The Young and the Restless spoilers for Wednesday October 8, Jack Abbott has found himself in a sticky situation. Phyllis is demanding that he take her home to the house they shared, however Phyllis has no idea that his fiancée Kelly is living with him now. And, unbeknownst to Jack, Summer pays Kelly a visit while he is at the hospital with Phyllis, and basically dumps her for him. Y&R spoilers tease that Summer informs Kelly that now that her mom is home, everything is going to change. Viewers have speculated that Kelly might have a crazy streak we haven’t seen yet, and that just might be the case. On October 8, the typically reserved Kelly has a temper tantrum and screams and throws things across the room.

The young and the Restless spoilers for Wednesday October 8 also reveal that fans can expect to see Nick Newman pay Phyllis a visit at the hospital, Paul and Dylan bond in the interrogation room while working out the next piece of their plan to bring down Ian Ward. Unbeknownst to Dylan, Avery’s ex Joe Clarke [Scott Elrod] is running around Genoa City, and on October 8 it becomes clear that Joe plans to settle a score with Dylan.

So Y&R fans, how do you think Phyllis will react when she learns Jack is engaged? What about Kelly, do you think she is crazy? And Jack hasn’t actually dumped Kelly yet, do you think he might choose her over Phyllis? Let us know what you think in the comments below and don’t forget to check CDL tomorrow for more The Young and the Restless spoilers.

Some detailed and erudite comments follow from the fans on Soap Opera Spy:

I don’t want Nick to find out the secret. (Unless it doesn’t matter to him because Sharon was sick. ) I would like to see a good ole fashioned tug of war between Kelly N Phyllis. I think these two powerful actresses can go toe to toe. (If it was Michelle Stafford maybe it wouldn’t be a fair fight).

Why does this show keep bringing on all these new characters and killing off and firing all the old ones. My goodness! I can’t keep up with all these storylines and they won’t close one before they start another one and most of them are stupid.

Maybe Kelly was the one who killed her dad and the crazy will come out now. And doesn’t she have an ex that could move to Genoa city and stir the pot. I thought stitches ex was moving there also.

Kelly will have a crazy steak! Knew that when she zeroed in on Billy and got him into bed while he was struggling with grief over Delia and still with Victoria. She was obsessive possessive with him! But not to worry, I think Phyllis can take her!

I think Stitch is covering for her. I think she is the one who killed her father and we are going to see that in the months to come when she starts going after Jack from Phyllis. I think there is a different side to her and both Stitch and his mom know that. Although I don’t think nether Stitch or his mom realize how sick she is yet, they will in the coming months. Stitch will begin to realize that she is the one who caught the house on fire and killed their father and both Jack and Phyllis’ life’s will be at stake because of Jacks rejection of her. That what I think will happen.