The Young and the Restless Spoilers: Update – Victor Shocked By Faith’s Paternity Test Results – Is Nick Really Her Father? 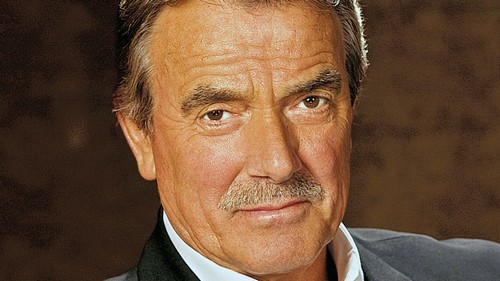 The Young and the Restless spoilers for October 6-10 tease a week full of drama, and Y&R fans will not want to miss a single episode. Phyllis Newman’s arrival in Genoa City shakes things up, Nick and Sharon’s wedding takes a turn for the worse, and a few of our favorite couples’ relationships crash and burn.

Monday October 6: The Young and the Restless spoilers reveal that on Monday October 6th, Nick and Sharon’s wedding day finally arrives. However, their nuptials are interrupted when Phyllis Newman comes barreling in to the service. Before she can tell everyone that Sharon switched Summer’s paternity results, she passes out in the middle of the floor and is rushed to the hospital.

Tuesday October 7: According to Y&R spoilers, Phyllis isn’t the only one headed to the hospital. Abby drives Victoria to the emergency room when she begins experiencing pains again. And then, Abby heads over to Billy’s house and interrupts his date with Chelsea and tells him he has to go be with Victoria. Chelsea is devastated when Billy ditches her and rushes to Victoria’s side and begins to question if he will ever move on.

Wednesday October 8: Dylan and Paul struggle to see eye to eye while working together to try and bring down Ian Ward. According to The Young and the Restless spoilers, Dylan may want to speed up his and his father’s plan and get out of the Genoa City jail ASAP. Ian Ward is not his only problem, unbeknownst to Dylan, Avery’s ex-husband Joe Clarke is lurking around. Y&R spoilers tease that on Wednesday, Joe announces to Avery that he has decided to stay in Genoa City for good.

Thursday October 9: Just when we thought Devon and Hilary were finally done with their illicit affair behind Neil’s back, Y&R spoilers reveal that on Thursday October 9th Devon jets off to New York City to see his step-mom/lover Hilary. Considering how much Neil has been pushing Hilary away, she just might decide to be with Devon when h asks her this time.

Friday October 10: Y&R spoilers tease that Friday October 10th will be an explosive episode. Phyllis drops a huge bomb on Jack Abbott, we’re assuming she informs him that Summer isn’t actually his daughter. And, across town, Victor Newman receives the paternity results he ordered on Nick and Sharon’s daughter Faith based on Mariah’s misinformation. There was never any question of Faith’s paternity, but Y&R fans have been speculating that maybe Nick isn’t her father. Regardless, we will find out on October 10th.

So Y&R fans, are you as excited as we are to have Phyllis Newman back in Genoa City? What do you think will happen when she reveals that Nick Newman is actually Summer’s father, and not Jack? Do you think that Faith is Nick’s daughter, or could she be someone else’s daughter? Let us know what you think in the comments below and don’t forget to check CDL tomorrow for more The Young and the Restless spoilers.

Nick is Summer’s but I’m thinking that maybe Jack is Faith’s father.

Phyllis’s entrance was the best !! It was amazing to see the looks on everyone’s faces!! Hope it continues!

If I’m not mistaken there were questions about faiths paternity as Sharon slept with nick billy and jack at the same time. I’m convinced faith isn’t nicks child and he definitely is summers dad.

Nick is Summers father…but Faiths I am thinking no…its ADAM….hmmm

Much as I can’t stand Sharon I really hope faith is his child I hate for her to be upset more.

Keep them coming!!!! your spoilers sound great…………Until ya see the show!!! What a downer!!! But as long as ya think making it sound like it’s gonna be so good just to keep the viewers….nice try!!!!!

I am freakin confused!…Summer Faith Winter Storm!..I thought it was Summer’s paternity in question..Sharon switched the tests to make it Jack’s not Nick..but the truth is Nick is Summer’s father..Now Faith may not be Nicks?

I am freakin confused!…Summer Faith Winter Storm!..I thought it was Summer’s paternity in question..Sharon switched the tests to make it Jack’s not Nick..but the truth is Nick is Summer’s father..Now Faith may not be Nicks?

Nick is Summers father…but Faiths I am thinking no…its ADAM….hmmm

Unless they are going where “no man has gone before” there is no question that Faith is Nick’s child. They would have to create an illicit affair that nobody heard or saw anything about to make that happen. The deal is that when Mariah heard Sharon’s mumbling s about a child not “being yours” she had no way to know that the child in question was Summer and the father Jack. She wrongly assumed that it was Faith. As far as I can see Mariah hasn’t been a very good spy and Victor should quit trying to make her one. There is of course the possibility that the famous lab that Victor traveled across the globe to go to might make an error…… that is soapdom at its finest…..

Keep them coming!!!! your spoilers sound great…………Until ya see the show!!! What a downer!!! But as long as ya think making it sound like it’s gonna be so good just to keep the viewers….nice try!!!!!

Nick is Summer’s father Sharon switched the paternity test that is why Phyllis was after Sharon when she fell and was put in a coma. But I believe Faith is Nicks.

And the plot thickens! We’ll be right here at CDL spoiling our way through this crazy mess for you! We once thought that Nick was Faith’s biological father but now we are not so sure….