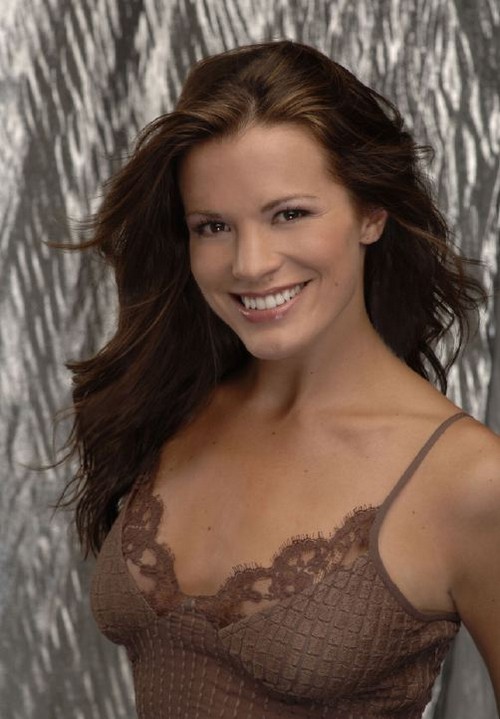 The Young and the Restless fans have been watching the love triangle between Victoria, Billy, and Chelsea develop over the course of the last few weeks. Y&R spoilers tease that Chelsea might be bowing out of the race though, and she will be leaving Genoa City for a while. Melissa Claire Egan has some vacation time scheduled, so her character will be exiting the canvas for a few weeks.

The Young and the Restless spoilers in the August 25th edition of Soap Opera Digest reveal that Egan’s character Chelsea has a revelation in the park with Billy and Victoria, and it suddenly becomes very clear to her that she will always be put on the backburner when it comes to Victoria, who Billy obviously still cares about. Y&R Head Writer Shelly Altman tells the magazine that, “It’s clear to Chelsea that Victoria still occupies a big place in Billy’s heart. Later, Chelsea informs Billy that she’s leaving town. Billy’s surprisingly disappointed to hear it. Chelsea’s seizing on a work opportunity to sort out her confusing feelings.”

Y&R spoilers have teased for a while that Chelsea’s not-so-dead hubby Adam Newman will be returning to the CBS soap opera soon – and we know it won’t be Michael Muhney in the role. So, it probably is best that Chelsea is leaving Genoa City for a little while to take a break from her drama with Billy Abbott. And, according to Y&R spoilers before Chelsea leaves Genoa City she will learn that Victor Newman didn’t send Connor the soccer ball, so she may finally be putting two and two together and realizing that Adam Newman may still be alive.

Who do you think Billy belongs with, Victoria or Chelsea? Do you think that while Chelsea is away she will figure out that the soccer ball Connor received on his birthday actually came from Adam Newman? Let us know what you think in the comments below and don’t forget to check CDL tomorrow for more The Young and the Restless spoilers.