The Young and the Restless Spoilers: Ian Ward Blackmails Sharon Using Mariah – Kidnaps, Drugs and Dresses Her in Wedding Gown! 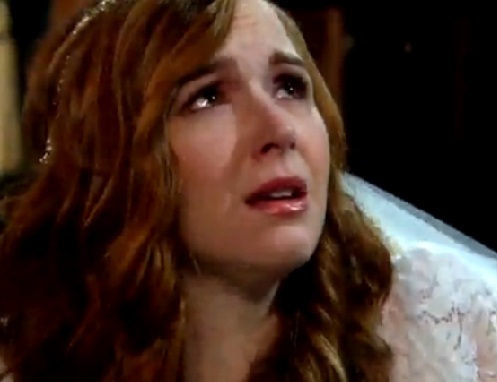 The Young and the Restless spoilers have been teasing for weeks now that Ian Ward had one last trick up his sleeve. When we learned that Mariah was actually Sharon Newman’s daughter and the late Cassie Newman’s twin, we assumed that was the “last trick” he was referring to. But, it looks like Ian Ward is much more dark and twisted than any of us predicted.

According to the CDL exclusive Young and the Restless spoilers for Tuesday August 26, Ian Ward and Mariah run away together because Mariah wants to leave Genoa City. For a minute we thought Ian might actually have a heart because he even tried to convince Mariah to stay with Sharon and said that Sharon “treated her like a daughter.” Ian’s attempts to get Mariah to stay in town were futile though, and when the police arrived at his apartment he and Mariah were long gone.

The Young and the Restless spoilers tease that on August 26 Ian Ward takes Mariah to a storage locker, and then pours her a few drinks. Either Mariah has a very low alcohol tolerance, or Ian drugs her, because after a few minutes she is unconscious. In a bizarre twist, Ian dressed drugged Mariah in a wedding gown and then calls Sharon Newman. He informs Sharon that she must do what he says or she will never see her daughter again.

So Y&R fans, are you as confused as we are about what Ian’s intentions are? Is he going to marry Mariah while she is drugged, or have someone else marry her? And, how twisted would it be if he married her after he bragged that she was “like a daughter to him?” Let us know what you think in the comments below and don’t forget to check CDL tomorrow for more The Young and the Restless spoilers.