The Young and the Restless Spoilers: Could Michael Muhney Return – Adam Newman is Alive and Well – Ask Jill Farren Phelps?

BY Amanda Austin on May 17, 2014 | Comments: 24 comments
Related : Soap Opera, Spoiler, Television, The Young and the Restless 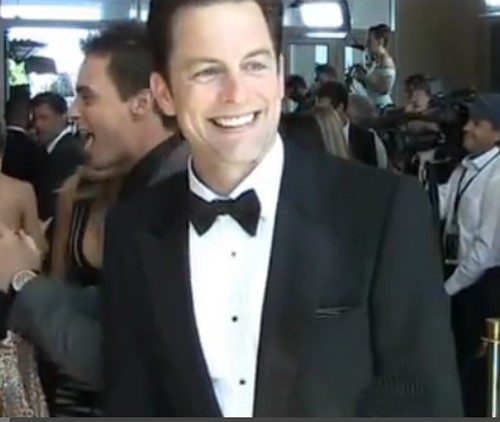 The May 14th episode of The Young and the Restless has Y&R fans in an uproar once again over the Michael Muhney scandal that never seems to die down. In December 2013 fan favorite Michael Muhney was fired from the popular CBS soap opera for allegedly groping his co-star Hunter King. His character Adam Newman was killed off in a fiery car crash in January, and that was the last time Muhney appeared on the soap opera.

Fans were skeptical that Adam Newman was really dead and in April their theories were confirmed when a scene aired on Y&R featuring Newman and an unknown accomplice paying off doctors to fake his death. The mysterious scene was bizarre though, because it never showed Newman’s face.

On May 14th, the day of Adam Newman’s memorial service he hired a mold inspector to go into his wife Chelsea’s home and set up spy cams in his son Connor’s nursery. Once again Adam’s hands were shown as he watched Chelsea and Connor over the camera feed from an undisclosed location.

It’s obvious that Adam Newman is returning to The Young and the Restless, the question on everyone’s mind is which actor will be taking on the role. Several sources reported that during the month of April TPTB at Y&R were holding auditions and interviewing potential Michael Muhney replacements, but you would think that if they found a replacement they would have shown his face by now and not just his hands. So either Jill Farren Phelps has already found a replacement, and she is just trying to build up suspense before they reveal his face, or she still hasn’t found a suitable replacement that Y&R fans will accept.

Michael Muhney has a large fanbase and they have made it very clear that they will not accept any other actor in the role of Adam Newman. If Phelps has selected a replacement then he is going to have a huge task ahead of him- trying to win over Y&R fans.

Some fans are still clinging to hope that Michael Muhney worked out his differences with Hunter King and TPTB at The Young and the Restless. Although the odds of that are slim, it should be mentioned that Michael Muhney finally broke radio silence on social media for the first time since January this month. Some fans take that as a sign that Muhney is returning to Y&R and is making an attempt to reach out to his fans.

What do you think Y&R fans? Has Jill Farren Phelps found a Michael Muhney replacement to take on the role of Adam Newman? Is there a possibility that no actor will touch that controversial role with a ten foot pole, and she still hasn’t found a replacement, which is why they are still only showing Adam Newman’s hands and not his face? Do you think there is a chance Michael Muhney is returning to The Young and the Restless? If not, which actor do you hope to see take on the role? Let us know what you think in the comments below!

The fans at Soap Opera Spy have lots to say about the new Adam Newman and the ‘old’ Michael Muhney:

Michael should be in, and Phelps out!!!!

I love MM and would absolutely love him back as Adam Newman but even if Y&R offered him that job back, why would he take it after being drug thru the mud? I don’ think he’d take that job back for any amount of $$ I know I wouldn’t if I were him.

Yep I agree with you. Also I have have noticed they have removed his bio photo and photos from YR so I think it is unlikely he will be coming back.

I watched YR for over three decades. I thought for a long time he should get his job back on YR, but I changed my mind! Hopefully, GH was smart enough to get him. The wait, I must say is driving me crazy:)

I know it sounds crazy but I think there’s a good chance he’s back at Y&R. Most of us don’t believe he did anything anyway. Just maybe TPTB will make things right!

Wait until they recast Phyliss!!! I can’t stand the new Billy either. I want MM back!!!!! No one can take his place!!!

Until I see the whites of his eyes,not watching,ratings speak volumes….tuned out and staying out.

No, he isn’t, JIlly wants to screw everyone but MM’s fans are smarter than her. Its not going to happen. The fans will not accept a new Adam Newman and I feel so sorry for the guy that tries. His name will be mud before you can say “boo” My best guess FIRE JILLY

Well the comments above tell a story, don’t they? The outpouring of love for MM continues:

Michael himself has been tweeting up a relative storm lately leading many to hope that he is returning to daytime TV – hopefully as Jason Morgan on General Hospital! Over the past day Michael’s tweeted the following:

This tweet isn’t witty/snarky/inspirational…it’s simply me saying I appreciate your comments & love. Hope y’all have a nice weekend. xoxo

Look for the good in other people and you’ll end up finding a whole lotta good in yourself.

If ur about to say “bullshit” in front of your kids, say “male bovine fecal matter” instead. (That’s quality parenting advice right there.)

The powerful play goes on, and you may contribute a verse. What will your verse be?

It’s pretty clear that Michael is being positive, appreciative and hopeful! And that makes us, his fans, hopeful too!