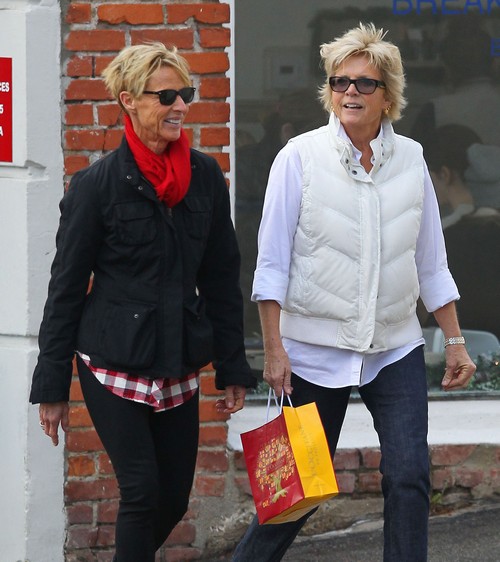 The Young and the Restless spoilers recently revealed that actress Meredith Baxter had been cast as a new character, Maureen. A rep from Y&R told TV Guide that Maureen will play Nikki Newman’s new “drinking buddy.” The rep went on to describe Baxter’s new character as “charming, intelligent, middle-class woman who has always aspired to a more privileged life than she’s had. She appears kind and sympathetic, but can be quite manipulative.” The Young and the Restless spoilers tease that Meredith Baxter’s first air date is scheduled for Monday September 8th.

Meredith Baxter is a popular TV actress, and is most well-known for her seven year stint on the sitcom Family Ties, as Elyse Keaton. The Emmy winner also recently appeared on popular series like The Neighbors, Finding Carter, and Switched At Birth. In 2009 Meredith shocked the world when she came out and revealed to Matt Lauer on Today that she was a lesbian. In 2013 she married her longtime girlfriend Nancy Locke in Los Angeles.

The Young and the Restless spoilers have teased that Nikki Newman begins spiraling downward and drinking herself in to oblivion, with Meredith’s character Maureen at her side. Y&R rumors on the internet have begun circulating that Meredith’s character is actually gay, and Nikki Newman begins a romantic relationship with her. Considering Nikki Newman’s horrible track record with men, it really wouldn’t come as a shock if she decided she needed a change of pace and began dating women.

The Young and the Restless has no gay characters on the canvas right now, they might have decided to create a lesbian character just to keep up with the gay storylines on General Hospital and Days of Our Lives. Then again, the rumors of Maureen and Nikki’s lesbian love affair could have just been one fan’s wishful thinking that spread across the Internet like wild fire.

What do you think Y&R fans, is there any truth to the rumors that Nikki Newman and Meredith’s character Maureen are going to be romantically involved? How would you feel about a lesbian love story for Nikki? Let us know what you think in the comments below and don’t forget to check CDL tomorrow for more The Young and the Restless spoilers.

Meredith Baxter and her party Nancy Locke out shopping before their wedding in Santa Monica, California on December 8, 2013.