The Young and the Restless Spoilers: Dylan Saves His Father Paul Williams After Shooting – Billy and Chelsea Scheme 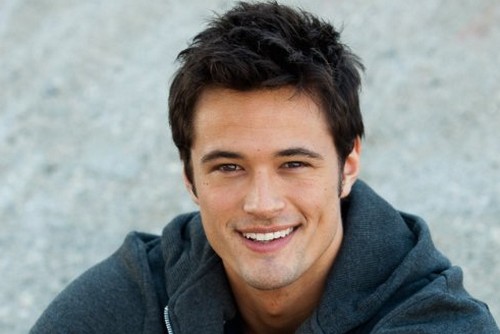 According to The Young and the Restless spoilers, the week of June 9th-13th will be an eventful one in Genoa City. The primary drama will revolve around Avery’s stalker Austin, who has a serious grudge against the ex-attorney. While Avery is being held captive by Austin, Kevin discovers that he is the internet stalker that has been leaving the internet chef some twisted messages. Kevin alerts Dylan and Paul and they rush to save Avery from the clearly unhinged young man. According to Y&R spoilers, shots will be fired during Avery’s rescue.

So, which Y&R star takes a bullet while orchestrating operation Save Avery? Spoilers tease that the victim will be none other than Paul Williams, and after being rushed to the hospital in critical condition it will be revealed that he is in desperate need of a transplant. Paul’s brother will rush to Genoa City to save him, but unfortunately is not a match. Paul does have one more relative in Genoa City that is a match though, Dylan McAvoy.

While the majority of Genoa City is dealing with Paul’s shooting and the shocking revelation that Paul is actually the father of Dylan and not Ian Ward, Billy and Chelsea will be scheming together. Billy is determined to unearth Stitch’s dark buried secrets, and decided to take an impromptu trip to Australia to visit Stitch’s ex-wife Jenna. He convinces Chelsea to accompany him on his trip.

The Neil and Hilary saga will wage on, much to Lily’s dismay. Y&R spoilers tease that Father’s Day will be a day to remember on June 12th, Lily continues to campaign against her Dad’s relationship with Hilary, and her plan backfires when Neil proposes to Hilary!

So Y&R fans, were you shocked that Austin was Avery’s stalker, or did you see that twist coming from a mile away? And, how do you think Paul and Nicki will react to the news that they share a son? Do you think Nicki already knows and has been hiding the truth about Dylan’s paternity? What about poor Christine? Not only did she recently admit to wanting a child with Paul, now she has to deal with the fact that he had a child with Nicki Newman! Let us know what you think about all the twists and turns coming up on The Young and the Restless, and don’t forget to check CDL tomorrow for more The Young and the Restless spoilers.