The Young and the Restless Spoilers: Jack’s True Love Phyllis Newman Returns – Will He Dump Kelly For Summer’s Mom? 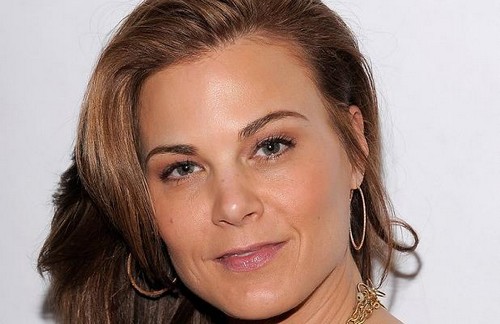 The Young and the Restless spoilers revealed months ago that the CBS soap opera had cast Gina Tognoni to play the part of Phyllis Newman. Phyllis has been in a coma since 2013, and the actress that played the part, Michelle Stafford, has since then left The Young and the Restless and is now on General Hospital playing Nina Clay. According to Y&R spoilers, Gina’s first air date as Phyllis Newman will take place on Monday, August 11th.

Right now on The Young and the Restless, the writers are setting the stage for Phyllis’s return. Victor Newman is determined to wake her up from her coma, and of course he has his own personal agenda. Victor just hired a coma specialist, Dr. Hans Cutler, who claims to be able to bring Phyllis back to the land of the living.

Phyllis Newman’s highly anticipated return is sure to rock the boat in Genoa City. Since Jack’s wife slipped in to her coma, he has begun dating newcomer Kelly. Jack’s family, and especially his daughter Summer, are not thrilled about his new love interest and have bumped heads with Kelly on more than one occasion. Despite the protests he has received from his loved ones, Jack is smitten with Kelly.

The obvious question on every Y&R fan’s mind is, will Jack dump Kelly once his long-lost love Phyllis is awaken from her come and returns to Genoa City? Jack seems happy with Kelly, but Phyllis was his one true love and they have years of history together and share a daughter together (or so he thinks). At one point Jack even promised Summer that if her mother woke up he would be with her again.

If Jack does dump Kelly for his resurrected love Phyllis, how will Kelly react? A lot of The Young and the Restless fans believe that Kelly has a crazy streak and hasn’t shown her true colors yet. She lost her son, slept with a married man, and her brother is a murderer, it’s safe to say she has some unresolved issues. When Phyllis returns there are sure to be some sparks between her and Kelly.

Do you think Jack Abbott will dump Kelly when Phyllis strolls back in to Genoa City? Are you Team Phyllis or Team Kelly? Let us know what you think in the comments below, and don’t forget to check CDL tomorrow for more The Young and the Restless spoilers.