POLL: Who Will Be Voted Off Dancing With The Stars Season 18 Week 6? – Vote! 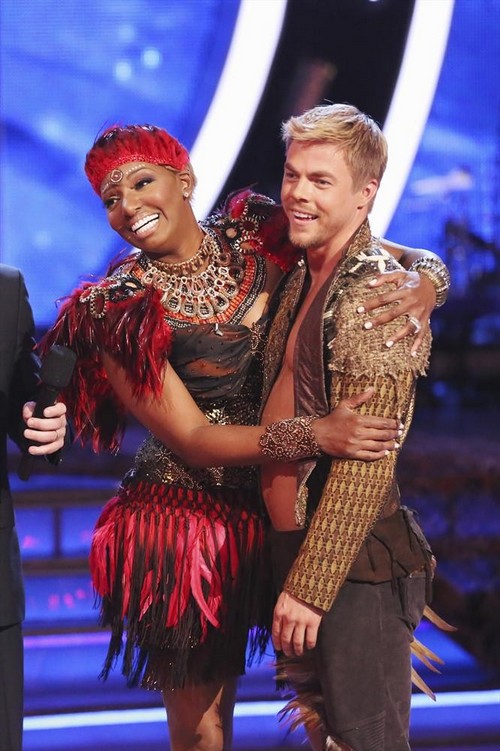 Last Monday’s episode of Dancing with the Stars season 18 proved to be an intense episode, resulting in the competition being dwindled down to eight teams. We said goodbye to Cody Simpson and Witney Carson last week. Were you sad to see them pack their bags and exit the ballroom for good? If you missed last week’s episode, then be sure to get all caught up by clicking here for our full recap.

On last week’s episode, we saw a spectacular opening number featuring the entire cast, followed by each couple performing to songs from Disney films.  The evening also showcased fun elements of Disney animation. Additionally, Season 9 Champion Donny Osmond guest judged alongside Len Goodman, Bruno Tonioli, and Carrie Ann Inaba. At the end of the night, as stated above, we said goodbye to the blondie, Cody.

So who do you think will be heading home at the end of Monday night’s episode? Will it be . . . . Charlie White and Sharna Burgess; Drew Carey and Cheryl Burke; Amy Purdy and Derek Hough; Danica McKeller and Val Chmerkovskiy; Nene Leakes and Tony Dovolani; Candace Cameron and Mark Ballas; Meryl Davis and Maks Chmerkovskiy; or James Maslow and Peta Murgatroyd? [Click on each couple’s names for a video of last week’s performance.]

Be sure to take our poll below and let us know who you think doesn’t deserve to spend ANOTHER moment in the glitzy, ritzy ballroom.

What do you guys think about the Charlie White and Meryl Davis, two professional ice dancers, competing against amateurs? It is a fact that before these two work their dances on the ice they master all the moves to a professional level on the floor. Is what NeNe Leakes said true, do Charlie and have an grossly unfair advantage in this competition? And do you notice that judges are clearly promoting Meryl although Charlie is the better dancer?