WWE Power Rankings: What Do They Tell Us About the Future? 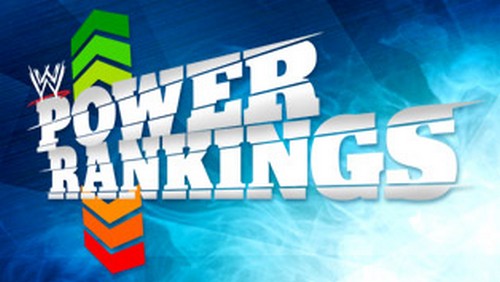 As a WWE fan, one generally takes the WWE Power Rankings with a grain of salt. This is, after all, the age of intelligence where pro wrestling is concerned. WWE is all about entertainment and has shown themselves to be at the top of that game repeatedly throughout history. That said, the power rankings seem almost pointless…but are they?

When you look up and down the WWE power rankings, you actually can see a great deal about the coming future in the WWE Universe. Let’s take a look at the latest WWE Power Rankings and what they really mean for the near future:

10. Paige – Just the fact that a Diva is on this list not named AJ Lee is a miracle in some respects. The renewed emphasis on the Divas is directly due to this young lady and a few others that are likely coming behind her. AJ Lee is still a top option here, but up and comers in the division are making waves. Look for Sasha Banks and Bayley in particular to come on strong in the coming weeks.

9. The Wyatt Family – These guys might be nuts but they are absolutely in the plans for main event pushes.

8. The Usos – This brother team has done far more than I ever dreamed that they would. I always knew they were talented, but I never thought they would get the air time to make a splash. They are the best tag team in years and are popular beyond belief.

7. Dean Ambrose – This lunatic is going to make some major noise soon, but he will have to wait in line behind his two ex-Shield buddies I think.

6. Sheamus – Sheamus is here largely because of his United States Title though that makes little sense without Dolph on the list. Dolph is the Intercontinental Title holder. Interesting….

5. John Cena – Cena drops after his loss to Brock Lesnar but he will always be lurking in the top five. This ranking is certainly not in t-shirt sales.

4. Randy Orton – The Viper is the best worker on the roster now in my opinion and he will be the head of the snake for a long time to come. Few heels can work a crowd like him.

3. Seth Rollins – In my eyes, Seth will be the long term answer for the heel business. Rollins is an incredible in-ring worker and I really had hoped he would be a face. Instead, he turned into one of the best heels of this era. The best is still yet to come.

2. Roman Reigns – Reigns is the latest to get a push towards the main event and I think it is unlikely to stick. I feel like it is too much too soon. He is not ready with his mat work yet, nor his promos. I love to watch him but I wish he was in the midcard rather than main event. At least for a bit.

1. Brock Lesnar – The Beast is in this position and as long as he stays around, he deserves to be there. Few men can intimidate like him and he gives the WWE a true monster.

These power rankings do show what WWE values. They are looking at each of these men as leaders in the ring and out. If they do not squander the chance, they will probably each get the chance to show they deserve to be in the mid to top tier status.

Who do you think will make the cut?