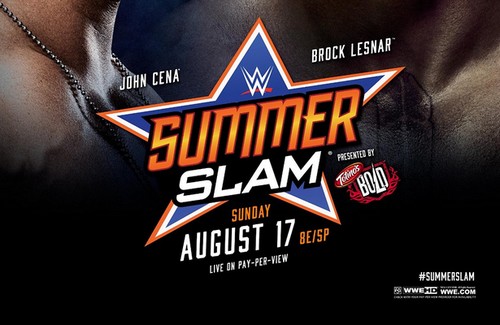 Every year when SummerSlam rolls around, new stars are made. Sometimes it is old stars becoming new again and other times it is the young up and comer that finally finds his groove on a big stage. Different things can cause such an explosion in popularity too. At SummerSlam 2014, there are no less than three wrestlers who are set to go to a new level in wrestling circles. Here are my picks for the top three wrestlers to leave SummerSlam at a brand new level:

Dean Ambrose – Dean Ambrose was probably the last guy from the Shield that I would have picked to become a babyface, but it has happened. He is a hardcore babyface, but a good guy all the same. People are cheering for him with more and more vigor each week. His music is plain, but powerful and when it hits, the crowd pops big time. I expect him and Seth Rollins to put on yet another epic match at SummerSlam and that it will probably steal the show. Look for Ambrose to come out of SummerSlam even more popular than he already is and to hunt down some Gold.

Brie Bella – Brie is another choice that I can’t believe that I am making. Brie has risen to epic levels in popularity and it is almost completely due to her direct relationship with Daniel Bryan (husband) and Stephanie McMahon (her opponent) at SummerSlam. Bryan and McMahon are perhaps the best face and heel combination in the company. They are polar opposites in every way and the crowd hates Steph almost as much as they love Bryan. That same relationship with the fans has now rubbed off on Brie.

When their match comes, Brie will have an epic opportunity to change her status in WWE forever. She comes in with a white hot feud and the crowd completely behind her. She has to hit her spots, tell the story and come away with some serious kudos from the WWE Universe. If she does, she will instantly rise to a brand new level in the Divas division and have a chance at a completely new career. If not, it will be one of the biggest disappointments of all time.

Either way, her situation is going to change. Up or down. I pray it is up and am pulling for Brie.

John Cena – This choice is all about one thing….the WWE Universe and their relationship with Cena. Brock Lesnar is likely taking the title and most people kind of see that coming. This, however, is not about Cena winning or losing. Cena needs the crowd back, good or bad. It has gotten to a point where the crowd is virtually split down the middle and Cena has been teetering on becoming annoying as a character. Since this feud with Brock began, Cena has cut the best promos of his life. He seems to be changing and morphing back into a tougher character with an edge and that is good. Cena needs to go back to his harsher self from the early days. SummerSlam would be the perfect place for him to make a change. I expect big things from this match. You should as well.