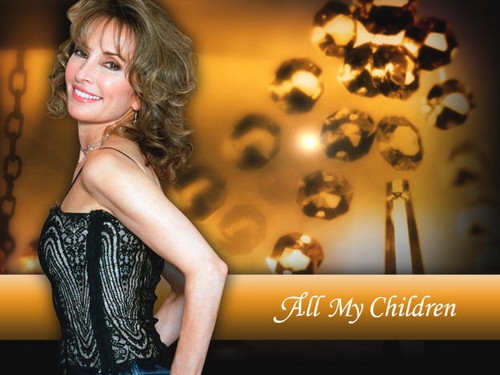 Fans of The Young and the Restless are still having a hard time adjusting to the departure of fan favorites Michael Muhney and Billy Miller, but they’ll have to make do with Susan Lucci. The show’s producer Jill Farren Phelps, perhaps realizing that she’s alienating the show’s fan base by giving them continuously crappy and weak female characters and getting rid of their favorite male actors has given Lucci a fantastic offer. This was reported exclusively by GLOBE Magazine via Celeb Dirty Laundry.

Now, Lucci’s been quite loyal to her flagship show, All My Children, for more than 40 years. She’s won numerous awards, including an Emmy, for her performance on that show. But now that the show’s dead and buried without any chance of revival, Lucci can finally entertain other offers.

It’s a smart move from Phelps. She’s getting a lot of fan heat, but casting Lucci in a strong role would do a lot to fix Jill’s image. Lucci is a big name in the world of daytime soaps, and she has many fans who are willing to follow her anywhere. Plus, The Young and the Restless desperately needs any good press it can get right now.

Fans are still calling for Jill to bring back Michael Muhney and Billy Miller, and a lot of them have explicitly stated that they don’t CARE if Lucci is brought onto the show. Ouch. So much for appeasing the fans, huh, Jill?

Some fans think that Lucci’s too good for the mess that The Young and the Restless has become, and other fans don’t care who’s brought on the show – they just want Michael and Billy back. Most fans have been very vocal about this, and they’ve taken to forums, comment boards, and every outlet they can find to vent their frustration.

Regardless, if there’s one thing all the fans agree upon, it’s that Jill needs to be fired and that someone else needs to be brought on to replace her. They won’t rest until Michael Mihney and Billy Miller are brought back, and if that doesn’t happen, they’ve threatened to quit the show or remain away if they’ve already left. Even if they bring Susan Lucci onto the show, will the ratings bump be enough to weather this storm?