‘19 Kids And Counting’ Cancelled Officially After Josh Duggar Molestation Scandal: Jessa And Jill Getting Their Own Spinoff? 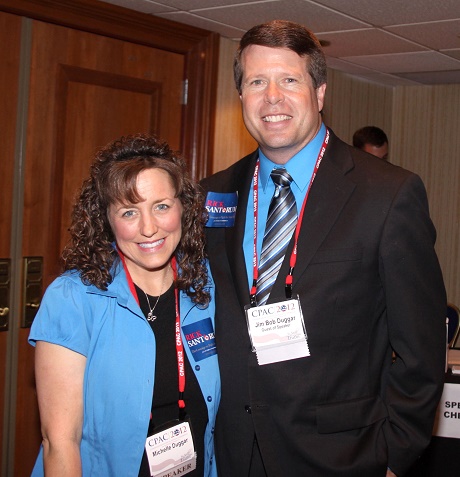 TLC has officially cancelled 19 Kids and Counting after the shocking Duggar Family sex scandal. Back in May, police reports were leaked revealing that Josh Duggar molested four of his sisters when he was 14 years old, and his parents Jim Bob and Michelle helped cover it up and hid what he did for years. As soon as news broke of the sex scandal, TLC pulled 19 Kids and Counting – however, they waited a few months before making a formal announcement that the reality TV show was officially cancelled.

After fifteen seasons of 19 Kids and Counting, TLC was clearly hoping that the sex scandal and molestation would quietly go away – seeing as how the Duggar Family was the largest cash cow. But it is pretty clear that no one was going to forget about Josh Duggar’s transgressions any time soon or his hypocritical parents’ attempts to hide them. TLC isn’t the only one losing a truckload of money because of the molestation scandal. The Duggar’s might have to find real jobs – after all, they still have over a dozen kids living at home to feed and clothe.

Before TLC confirmed that they were officially cancelling 19 Kids And Counting, there were rumors floating around that Josh’s little sisters Jessa and Jill would be getting their own spin-off. After all, they just started their own families and Jill had a baby and Jessa has one on the way. Theoretically, they shouldn’t be punished and pulled off the airwaves because they were victims of molestation. But Jessa and Jill pretty much blew any chances of landing a spinoff when they went on a nationally televised interview and defended their brother Josh and insisted that it was totally cool he molested them because he was “just curious.”

Do you think that the Duggars are done with reality TV for good? Or will they get another network to carry them, or possible some spinoff shows? Did TLC do the right thing cancelling 19 Kids and Counting? Let us know what you think in the comments below!