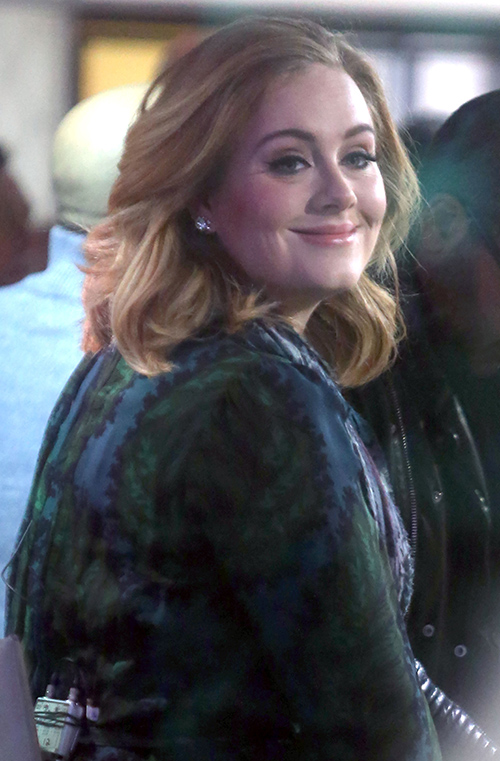 Has Adele rushed to estranged father Mark Evans side? Did a cancer scare spark a reunion between the singer and the absentee dad? Adele was furious in 2011 when Mark hinted that the “Hello” singer’s relationship problems with men were because she didn’t have a stable father figure growing up.

Mark received the brunt of Adele’s fury when the songstress went on a rant about her estranged father that ended with, “If I ever see him, I wills spit in his face”. In a recent interview with Star, Evans was pleased to reveal that father and daughter are on their way to reconciliation.

A recovering alcoholic, Evans admits to being a terrible father who was never there for Adele. Evans revealed in the interview, “I should have been there, and I have regretted that every second of every day.” Mark has been sober for many years but that didn’t seem to be enough for Adele. However, dad’s brush with bowel cancer may have brought father and daughter back together.

A friend close to Adele reveals that while writing songs for “25” Adele found out Mark may have been diagnosed with bowel cancer. The family insider went on to say that Mark was desperate to see Adele again and to meet three-year-old grandson Angelo. A meeting was arranged through Rose Evans, Mark’s mother with whom Adele had remained close.

That scare with bowel cancer may have been a wake-up call for both. Mark underwent surgery and nine tumors were removed – thankfully, all nine tumors were benign and he is not in any immediate danger. Father and daughter may now be able to move forward and forget all the hurt during those lost years.

The song “River Lea” on Adele’s new CD could even be an apology of sorts to Mark for all the time that has been wasted. An insider close Mark Evans says that all the proud father wants is for Adele to be happy and a chance to meet adorable grandson Angelo.

Right now the insider reveals that both Mark Evans and Adele are making strides to repair their relationship. Nothing is perfect – father and daughter appear to be a bit wary about sharing their feelings with each other right now. But, there is a chance for a reunion, and maybe it will come just in time for Christmas.