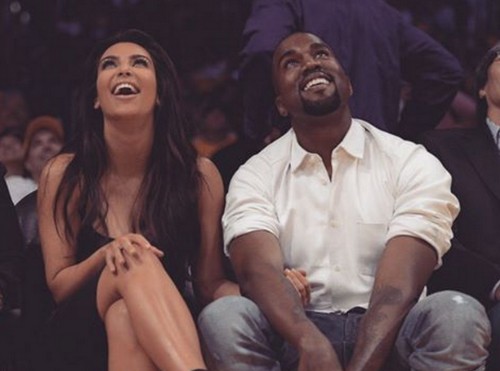 Kim Kardashian West brought a saintly son into the world on Saturday, December 5 – Saint West. The difficult pregnancy was marred with placentas and “insert medical jargon here”. Lo and behold, Kim managed to push and push and push until the newborn made its way through her Venetian birth canal.

Upon seeing father Kanye West, the baby screamed like Kelly Preston when she found John Travolta’s face in a closet. Saint joins sister North West as the latest addition to the Kardashian-West brood.

According to those in the know, Saint received the moniker because he was “a blessing” – or something-something. In other words: Saint West is the most unoriginal baby name in the history of baby names.

Why couldn’t they name him Wild? Imagine his first day at school, when the teacher is all like, “What’s your name?” and he’s all like, “West. Wild West.” That would have been cool. Now he just sounds like a depressed drug lord’s maniacal sidekick. “Saint West. Coming to a drug drop near you!”

Hey, don’t blame the baby! It’s not Saint’s fault that both his parents are delusional fame-hunters who hate Taylor Swift and the Hamburglar. He’s just an innocent little baby-potato-person. I have a sneaky feeling that Kanye’s new album might be called “Yeezus: The Saintly Edition.”

What’s in a name? What does one’s moniker reveal about you? For some it’s a family tradition, for others it’s a novelty, i.e. Blanket, Apple and Saint West.

Is Saint West a blessing in the disguise of a joke? Is his future mapped out like “pin” drops on a Google Map? Will North West accept her brother into the fold? Let us know your valuable thoughts in the comments below.