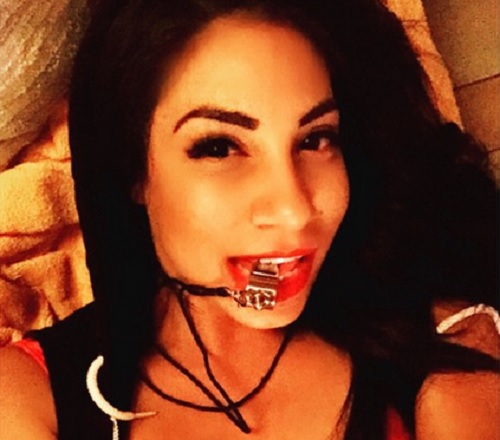 CBS recently revealed the Big Brother 17 cast; however, spoilers indicate that there will be two mystery houseguests moving into the BB17 house during the season premiere of the popular reality TV show. According to the original Big Brother spoilers, there were only 14 houseguests, which fans noticed was strange – seeing as how there are always 16 players on opening night. Rumor has it that two Amazing Race alums could be joining the game: Jackie Ibarra and Jeffrey Weldon.

CBS released some more Big Brother 2015 spoilers, in the form of a promo video. In the video, each houseguest writes out a message on a sticky note and places it on a wall – but at the end of the video there are 16 sticky notes and only 14 announced houseguests, so it is clear that there are two mystery guests who have not yet been revealed.

Big Brother super fans carefully dissected the spoiler video, and found the two sticky notes that belong to the mystery houseguests. Before CBS revealed the BB17 cast, rumors were floating around that they had tapped some players from The Amazing Race. And, coincidentally, one of the sticky notes is signed by someone named “Jackie.” And the “Jackie” signature is identical to the one that Amazing Race alum Jackie Ibarra penned while she was racing around the world!

Unfortunately, the other mystery houseguest’s sticky note does not contain a name – so it is still a mystery whether it is Jackie’s partner Jeffrey or another Amazing Race alum. If two former partners enter the BB17 house, they will automatically have a huge target on their backs and an unfair advantage because they are arriving with an alliance already intact. So it is possible that CBS didn’t recruit Jackie’s previous partner, and the other mystery guest is someone from a different Amazing Race team?

What do you guys think? Would you like to see Jackie Ibarra on Big Brother this summer? Do you think the other mystery guest is her former partner Jeffrey, or someone else entirely? Let us know what you think in the comments below and don’t forget to check CDL tomorrow for more Big Brother 17 spoilers and news!