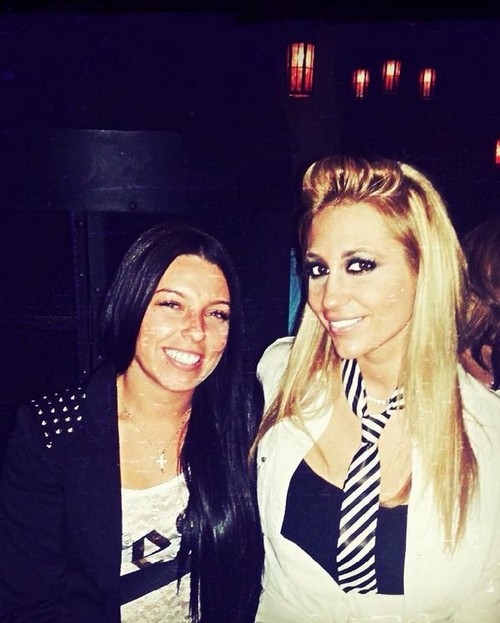 “Big Brother 17” spoilers revealed that Vanessa and Steve would face off in the final round of the Head of Household challenge. Wednesday, September 23 the show will crown a winner of the show. Many fans are wondering if Vanessa had an advantage that guaranteed her as the winner. When it was reported that Steve won the second part of the challenge, many fans immediately felt like production would give Vanessa an advantage somehow to win the play-off for final HOH. It seems clear that Vanessa was BB17 producer’s pick for a winner of this season.

After round two of the FINAL HOH comp, Liz was frustrated because she didn’t understand the question asked in the competition. The production tried to hint the answer to her, totally cheating against Steve, by telling her the answer was one of her first HOH wins early in the season. Apparently, it was in the first few weeks that she’d switch places with her sister every couple days.

Liz voiced her frustration to Steve after the competition was over. Steve said it felt like BB17 was giving her an advantage with assisting her with the question. “No one helped me understand any of the questions,” he mumbled. Even with “BB” help, Liz still lost the challenge.

Speculation kicked into overdrive about Vanessa being the fixed winner of the show. Why? Well if Steve gets to be final HOH he intends to NOT take Vanessa to Final Two – so based on the working theory that BB17 plans for Vanessa to win the season they need Steve NOT to win Final HOH, therefore producer’s rule-breaking help for Liz.

It was said in social media most of the season that the show’s been rigged in Vanessa’s favor, however when she won the first part of the Head of Household comp fans were sure that it was a sign that the rumor was indeed true. The facts are that throughout the season many choices were made by houseguests that had the effect of keeping Vanessa in the game – when these choices were clearly not in the houseguests best interests. This makes fans suspicious as to the fairness and honesty of the game.

Vanessa’s live-in partner, Melissa Ouellet, tried to bust the rumor by stating that she played the game without any advantage just like the rest of the players. She denied any CBS deal or a future show, “Poker Face.” Melissa’s denial didn’t convince the fans, though. Many felt she was merely saving face in an attempt to convince the fans that Vanessa deserved to win. One huge question: why would fans believe Melissa or even think that she would know if the game was rigged? From what we’ve seen on the show Vanessa never tells anyone the truth.

Vanessa tried to convince Steve Monday night that he didn’t even need to TRY to win the final leg of the comp. She told him, “100% you are safe. It’s you and me.” Steve looked didn’t look convinced that she’d take him. He told her that he was NOT throwing the competition, under any circumstances. Steve added when he wins it, he plans on evicting Liz. One of the biggest questions of the day is who is Steve really planning on evicting – Vanessa or Liz?

The fact remains – Vanessa has had a clear advantage in the game. She has won multiple Head of Households, vetoes, and escaped eviction twice under peculiar circumstances that made no logical sense. It seems pretty evident to fans on social media that the game is fixed for Vanessa as the winner.

So, the question you have to ask yourself – Is BB17 fixed for Vanessa to win or is she just the best player to ever step foot in the house? Don’t forget to check back later for more juicy “Big Brother 17” spoilers, news, and updates!