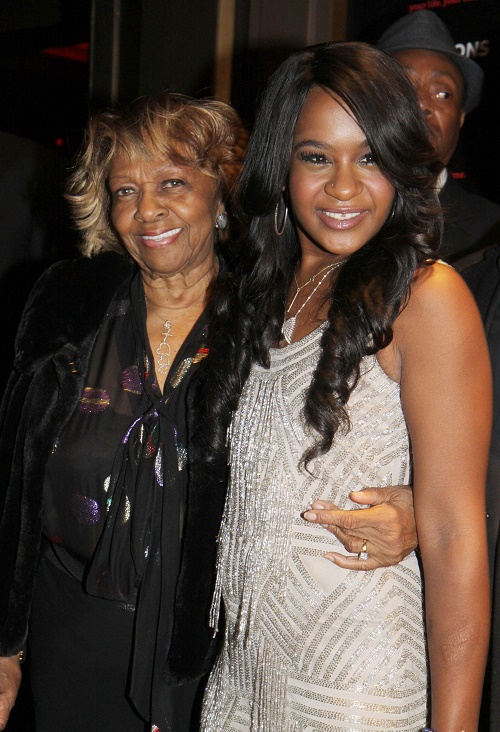 Are the Pat and Cissy Houston sabotaging Bobbi Kristina Brown’s recovery? Bobbi Kristina Brown’s father, Bobby Brown, has not given up on his daughter and remains optimistic about her recovery since she drowned in her bathtub on January 31. However, Bobbi Kristina’s grandmother, Cissy Houston, sat down with Entertainment Tonight for an exclusive interview and gave a pretty bleak update on her condition. Then again, the Houston Family has been ready to say goodbye to Bobbi Kristina for months now – but they insist that the $20 million inheritance they are set to receive has nothing to do with that.

While discussing Bobbi Kristina’s health on Entertainment Tonight, Cissy Houston explained, “She’s the same, she’s not progressing at all…Whenever I go in and look at her it’s very difficult. She’s not gone yet, but you know, whatever the Lord decides, I’m ready for her… I have nothing to do with that. That’s His job. It’s His territory, you know? And I understand it.” Call us crazy – but shouldn’t the grandmother of a girl with brain damage be a little more optimistic or hopeful about her granddaughter’s health and recovery? Or at least put on a more positive front for the public.

The Houstons, Cissy and Pat, are reportedly prepping Bobbi Kristina’s Atlanta home to move her out of DeKalb Medical Facility where she is receiving around the clock care and rehab – which has raised a few eyebrows. If Bobbi Kristina’s family wants her to improve and get better, why would they move her out of a rehab facility and home? Sure, they’ll probably hire nurses, but what are the odds she will receive even half the amount of care that was receiving at DeKalb?

Recently, Bobby Brown took the Houstons to court and they lost control of Bobbi Kristina’s estate and it is being handled by a court appointed attorney. So, at this point, the only way Cissy and Pat Houston can access Bobbi Kristina Brown’s $20 million inheritance is if she passes away.

Do you think that it is a coincidence that the Houstons decided to move Bobbi Kristina out of the rehab facility as soon as they lost control of her money? It sounds like Cissy Houston has already accepted the fact that Bobbi Kristina Brown could die at any time – could they be trying to save money by taking her out of an expensive rehab? Let us know what you think in the comments below!