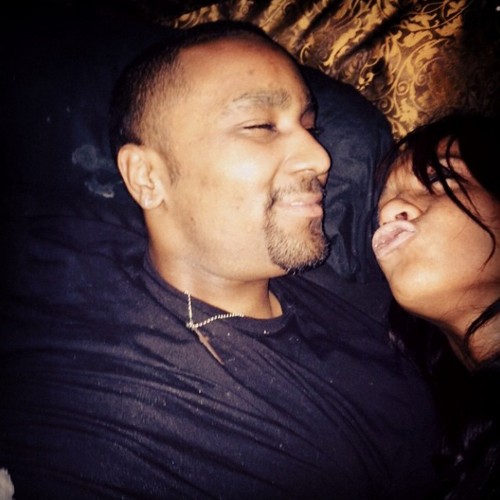 Bobbi Kristina Brown remains close to death with a bleak prognosis as Nick Gordon remains under criminal investigation as her family fights over funeral arrangements. It looks like history might repeat itself for the Browns and Houstons. Bobbi Kristina Brown remains in a medically-induced coma, but the families of her parents, Bobby Brown and the late Whitney Houston, are reportedly arguing over the 21-year-old woman’s funeral plans. Some sources say that Bobbi Kristina’s grandmother, Cissy Houston, has been told by doctors that there’s really nothing they can do at this point. Bobbi Kristina will likely not recover after being found face-down in a tubful of water over a week ago.

According to TMZ, tensions are running high at Emory University Hospital, where Bobbi Kristina Brown is still in critical condition. Verbal disputes have turned to physical fights at a nearby hotel. Atlanta police say that one of Bobby Brown’s family members, Tina Brown, hit another relative in the head with a bottle on Friday. Shayne Brown drove himself to the hospital with minor injuries and no charges were filed. Tina Brown had left the scene when police arrived, but it sure sounds like alcohol was a factor in the incident.

It’s downright sad that no one in Bobby Brown or Whitney Houston’s family can seem to keep it together. However, it does make it easy to see how Bobbi Kristina ended up in her current state. Bobbi’s rough upbringing and turbulent past likely set her up for failure. When Bobbi’s mother, the late Whitney Houston, died of accidental drowning related to heart disease and cocaine use in February of 2012, depression was obviously added to the mix.

On top of everything, Bobbi Kristina’s unofficial marriage to Nick Gordon has apparently been on the rocks for some time. Police have even opened a criminal investigation into Bobbi Kristina’s drowning incident after Max Lomas, the friend that found Bobbi unresponsive, pointed the finger at Nick. Bobbi Kristina has questionable injuries that seem to indicate she could have been bloodied and beaten. Furthermore, Maz Lomas told police that Nick cleaned up blood before police arrived in an obviously attempt to hide it from them.

There may have been some foul play at the Georgia home that fateful day, was Nick Gordon responsible for Bobbi’s drowning? Will criminal charges up to and including murder be filed against Nick and/or Max if Bobbi dies? Nick Gordon and Max Lomas have both obtained lawyers and Max refuses to say anything more unless he’s offered immunity. Now TMZ adds that sources tell them that Nick was jealous that Bobbi was more famous than she and this led to violent arguments. These sources were not surprised that blood was found at the scene of Bobbi’s tragedy.

What do you think about the news that the Bobby Brown and Whitney Houston families can’t even control their tempers while Bobbi Kristina fights for her life? Considering everything she’s been through, are you surprised that Bobbi Kristina has ended up like this? Do you think Nick Gordon and Max Lomas played a criminal part in the terrible ordeal? Let us know what you think in the comments below and don’t forget to check CDL often for the latest updates on Bobbi Kristina Brown’s condition.