Bruce Jenner Sex Change Operation To Be Top Secret And Performed In Thailand For $1700? 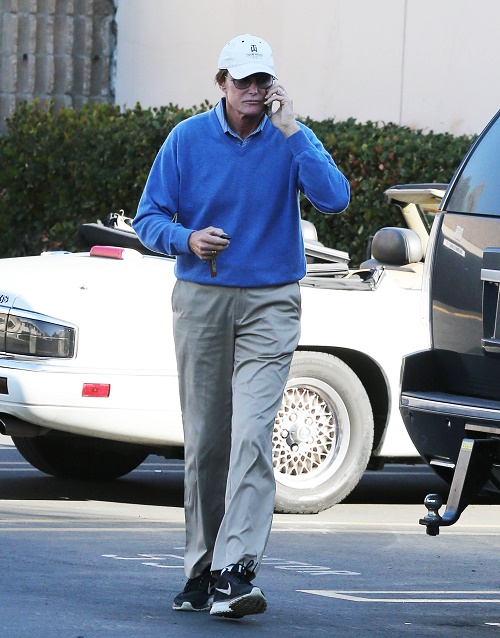 Bruce Jenner is planning to get a ‘secret’ $1,700 sex change in Thailand, according to the latest report from the National Enquirer. I’m not sure why this has to be a ‘secret’ because he’s already more or less gone public with the sex change, and his entire family has been spilling the beans left, right, and center. His mother, Esther Jenner, is talking to every media outlet that will listen about how ‘proud’ she is of her son, and his ex-wife and step-daughters have also been openly talking about Bruce’s big life decision whenever they’re asked about it.

Plus, why would Bruce Jenner fly all the way to Thailand for such a cheap sex change? He’s already spent thousands and thousands of dollars on getting his Adam’s Apple shaved down, his hair styled, plastic surgery to make his features more feminine, and all manner of cosmetic enhancements and tweaks. There’s no way he would risk something going wrong after all this time in flying to Thailand and risking a shoddy surgery, especially after going public with the big sex change.

Even in addition to that, Bruce Jenner is worth millions and millions of dollars, so I’m sure he could find a surgeon to conduct the sex change in ‘secret’ in California. He’ll have to pay money, but he has money. He’ll also have to pay in secrets, but he also has those in spades, doesn’t he? Being married to Kris Jenner for several decades might not have been his cup of tea, but he learned something out of it.