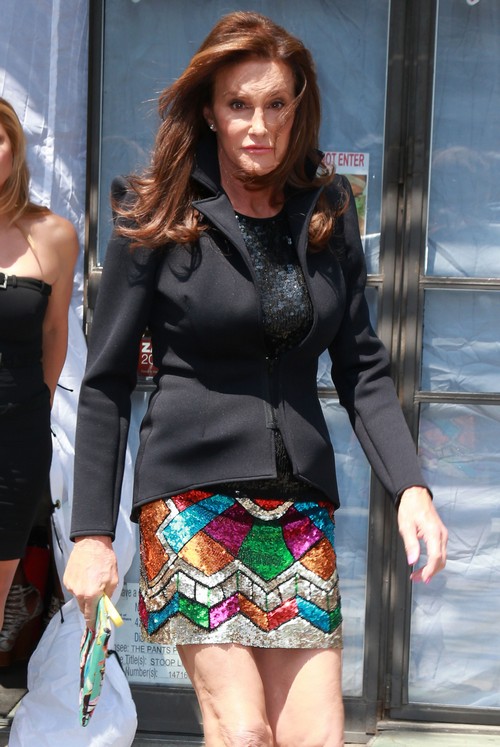 Caitllyn Jenner has banned Kris Jenner from the ESPY Awards. The feud between Caitlyn and her ex Kris is REAL, it’s not just another sensationalized tabloid story. Since Caitlin Jenner made her worldwide debut on the cover of VOGUE Magazine, she has been throwing some not-so-subtle shade at Kris and painting her as a total monster (not that anyone is really disagreeing).

Meanwhile, Kris Jenner is sick with envy over Caitlyn’s newfound bright spotlight, all of the money she has been bringing in and not giving Kris a cut of, and her new TV show on E! titled “I Am Cait,” which is sure to bring in double the ratings as Keeping Up With The Kardashians. To add insult to injury, all of Kris’s kids are following the fame and fortune and abandoning Kris and hopping on the Caitlyn Express to ensure they get a slice of the limelight.

Caitlyn Jenner has invited her entire family to the ESPY Awards to watch her get honored after courageously transforming into a woman and representing transgenders and the LGBTQ community. You already know that the Kardashians will be sitting front and center to cheer on Caitlyn at the nationally televised event, but according to TMZ you will not see Kris Jenner in the audience when the ESPY’s air on ABC.

A new report from TMZ reveals that Caitlyn Jenner purposefully invited all of her kids, the Jenners and the Kardashians. Even Rob Kardashian scored an invite, although hell will probably freeze over before he dons a tuxedo and walks the red carpet. But, Caitlyn specifically did NOT invite Kris Jenner. So, when her entire family is at the ESPY Awards on Wednesday night she will be sitting at home chasing down her Ben & Jerry’s with a gallon of champagne, and watching them all on television.

A source close to the Kardashian camp dished to CDL that Kris Jenner is livid she is being basically banned from the ESPY Awards. The insider explained, “At first she tried to call the awards organizers personally and score an invite so that she could tag along with her kids, but she found out that Caitlyn was stonewalling her and told TPTB that Kris was not allowed at the event under any circumstances. Then Kris tried to convince her kids not to go, since she was being banned – but they basically laughed in her face. They aren’t giving up the opportunity to be on national television at the prestigious event.”

My how the tables have turned. Is everyone else enjoying the fall of Kris Jenner off from her self-appointed podium as much as we are? Do you think Caitlyn is being petty? Or is Kris getting everything that she deserves? Let us know what you think in the comments below!