Caitlyn Jenner Joining Cast Of Dancing With The Stars: Tony Dovolani Dishes On Casting Rumors About “I Am Cait” Star 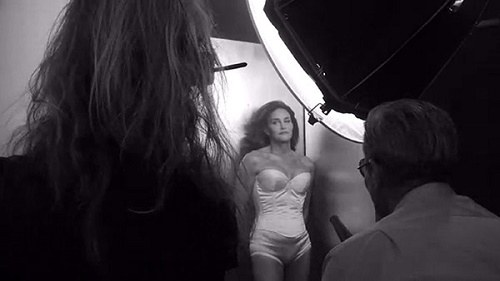 And Dancing With The Stars is on board with Caitlyn joining the cast! DWTS’s Tony Dovolani recently appeared on the Wendy Williams Show and discussed the possibility of Caitlyn joining the ABC dancing competition. Dovolani teased, “Why not? We’re groundbreaking people. I think she is going to inspire a lot of people out there.” Dovolani isn’t kidding. DWTS is definitely groundbreaking – they already had transgender Chaz Bono on the show back in Season 13.

So, what are the odds of Caitlyn Jenner joining Dancing With The Stars? Well, the cast of the show is definitely interested in her, and they have already had his step-children Kim Kardashian and Rob Kardashian on previous seasons – so it isn’t out of the realm of possibility. The main concern is most likely whether or not Caitlyn has time to compete on the show and attend daily rehearsals. She is working on her own docu-series for E! Network titled “I Am Cait.” And, since her debut on Vanity Fair and all of the press she is receiving, her schedule is most likely jammed pack with appearances and interviews for the next several months.

What do you think, DWTS fans? Would you like to see Caitlyn Jenner join the next cast of the ABC dancing competition? Do you think she has a shot at winning the Mirror Ball Trophy? Let us know what you think in the comments below!