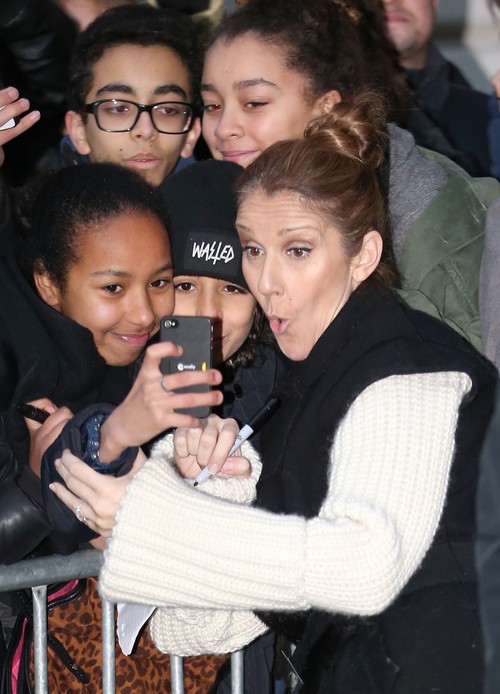 Celine Dion is set to return to Caesar’s Palace, but nobody seems to be focused on the fact that Celine’s management has fired four longtime musicians on her team. It’s almost as though Celine’s PR people planned it this way – let’s overwhelm the public with the news of Celine’s return to the stage, and distract them from the fact that we’re firing for musicians who have been with Celine and her band for decades.

Right now, Celine Dion’s management looks ungrateful and disrespectful for firing these people, especially right before Celine’s return to Las Vegas. I’m sure there are reasons behind it, but the mere fact of the matter is, either these people wanted to leave OR Celine Dion is just ungrateful. She might be so caught up in her husband Rene Angelil’s health woes that she’s no longer paying attention to things like loyalty and value, and is instead letting other people make calls like this. Either that, or she’s just a horrible person who doesn’t value people who have been with her for decades.

What do you guys think about Celine Dion’s team firing four long-time musicians from her team? Do you think Celine made the call, or did she just refuse to intervene? Let us know your thoughts in the comments below.