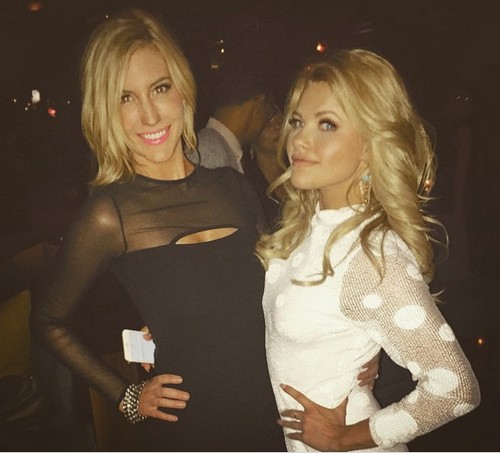 Whitney Bischoff is going to break up with The Bachelor Chris Soules! Chris Soules and his 2015 winner and fiancée Whitney Bischoff are not getting married and haven’t set a wedding date – but if you ask the happy couple they are madly in love and just “enjoying being a couple.” Whitney and Chris Soules have perfected the Bachelor showmance, and although their relationship was over months before the finale aired on ABC – they have both been going along with the faux engagement so that they can remain relevant and don’t lose their newfound celebrity status.

How much longer can Whitney Bischoff really handle being fake engaged to a man that hasn’t stopped cheating on her since he moved to California? After Whitney and Chris filmed the Bachelor finale in November 2014, Whitney returned to Chicago to work as a nurse and pretend she didn’t win the show, and Chris Soules moved to California and never returned how to his farm in Iowa. Since Chris Soules arrived in Cali, he has been caught cheating on Whitney with his fiancée Sheena Schreck. Whitney thought that once the finale aired and they could go public with their relationship that she and Chris would get back on track, but it has actually gotten worse.

Now, multiple sources are reporting that Chris Soules is cheating on Whitney Bischoff with his Dancing With The Stars partner Witney Carson – and Bischoff has had enough. Whitney has gone along with her showmance with Chris because she doesn’t want to give up her newfound fame and return to her mundane life in Chicago without a baby or a husband – but she still has her pride.

Insiders revealed to CDL that Whitney Bischoff is about to snap, and break up with Chris Soules. Our Bachelor source explained, “Whitney can only take too much. When she learned that Chris was pitching another reality TV show about their engagement she went through the roof. She just wanted a family and babies, and she is totally embarrassed by his fling with Witney Carson. She’s sick of Chris making her look like a fool and using her to get ahead in his career.”

It sounds like Whitney Bischoff and Chris Soules will soon just be another unsuccessful Bachelor couple added to the lengthy list of failed engagements before them. Do you blame Whitney for wanting to dump Chris? How much longer do you think she will put up with his cheating and fame-whoring? Let us know what you think in the comments below and don’t forget to check CDL tomorrow for more Bachelor and Bachelorette spoilers and news.