Chris Soules and Whitney Bischoff Break Up: Bachelor Dumps Fiancee Once Eliminated From Dancing With The Stars? 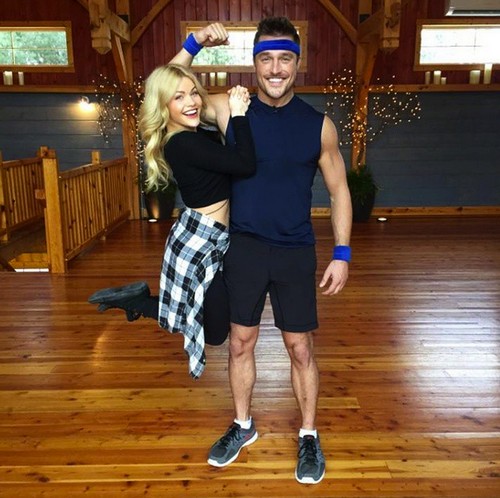 Will Chris Soules break up with Whitney Bischoff once he is eliminated from Dancing With The Stars? Season 20 of Dancing With The Stars is well underway – and the competition on the ABC dancing competition is getting fierce. So fierce, that The Bachelor Chris Soules’s time on the show appears to be winding down. And, now that his buzz from his stint on The Bachelor is wearing off, so is the urge for DWTS fans to vote for him.

When Chris Soules originally debuted on the Dancing With The Stars premiere with his pro dancing partner Witney Carson, viewers were actually impressed with the clumsy Bachelor’s dance moves. But, now that a few weeks have gone by and some of the obviously less-skilled dancers have been eliminated – Chris Soules is having a tough time keeping up with fan favorites like Rumer Willis and Nastia Luikin. His dancing is not horrible, but not anything special, and now that people are losing interest in his engagement with Whitney Bischoff he is having a tough time getting votes.

It’s no secret that Chris Soules and Whitney Bischoff’s engagement is nothing more than a showmance. Whitney is desperate for a wedding and babies, and Chris is desperate to stay in the limelight and reap all of the benefits of his newfound celebrity status. But, what happens when Chris Soules is eliminated from Dancing With The Stars? Does he really need Whitney Bischoff anymore? According to Whitney, she and Chris are moving to Iowa and getting married in a “farm wedding” as soon as his stint on DWTS is over. But, insiders say that Chris Soules has other plans. He obviously couldn’t dump Whitney while he was on the dancing competition – because he needed Bachelor fans to vote for him. As soon as he gets the boot from the TV show, our sources say he plans to give his overbearing baby-crazed fiancée Whitney Bischoff the boot as well.

What do you think Bachelor fans? Will Chris dump Whitney as soon as he doesn’t need their showmance anymore? Have you been watching Dancing With The Stars – will Chris survive another week on the show? Let us know what you think in the comments below!