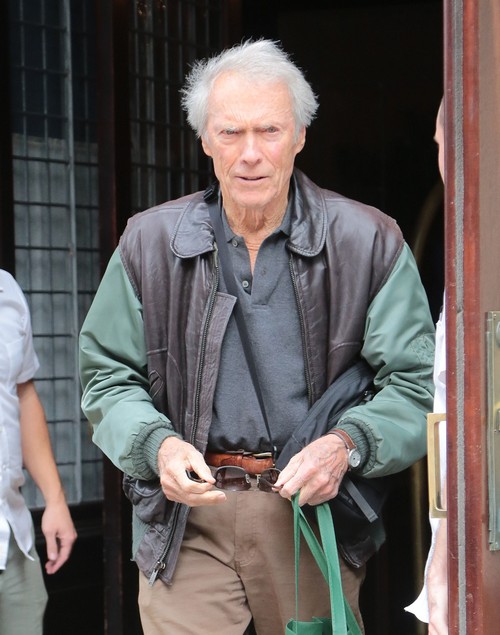 Clint Eastwood divorced his second wife, Dina Ruiz, less than a year ago, but friends say Eastwood is ready to elope with his much younger girlfriend, former employee Christina Sandera. Clint ended his 18-year marriage to Ruiz in a nasty split that exploded into a war over money and was filled with scandal.

During the start of Eastwood and Ruiz’s split, it was rumored that Dina had cheated on Clint with her high school boyfriend, Scott Fisher. However, rumors from National Enquirer claim that Clint Eastwood was cheating on Dina with Scott’s former wife, Erica Tomlinson Fisher.

Supporting the story, Clint and Dina’s daughter, Morgan Eastwood, took her mother’s side in the divorce proceedings. Clint Eastwood and Dina Ruiz battled in court over their $375 million divorce, as Clint refused to pay spousal support.

Clint and Dina eventually ended their marriage in December of 2014, but Eastwood has reportedly fallen in love with Christina Sandera already. The ‘Gran Torino’ actor was separated from Dina since 2012, so he isn’t exactly rushing into a new relationship. However, Clint’s relationship with Christina is raising some eyebrows. Sandera was his former employee; working as a hostess at his Mission Ranch Hotel in California. A pal told GLOBE, “Clint has absolutely flipped for her. And she is head-over-heels in love with him.”

Another factor that might be a problem for some is the age gap. Clint is 85 years old and Christina is 33 years younger than him. The 52-year-old former hostess stole Eastwood’s heart from and even younger woman Clint had been dating after his split from Dina.

In fact, Clint’s friends say he has found his “true soul mate” and anticipate a wedding soon. “At this stage of their lives, neither one is looking for a big elaborate wedding. I would for them to run away to some place like Tahiti to marry without any fanfare,” the Eastwood insider claimed before adding, “I’m sure it’s going to happen sooner than later.”

What do you think of Clint Eastwood’s possible plans to elope with a much younger former employee? Could Christina Sandera really be his true soul mate? At least Clint’s 7 kids approve. According to GLOBE, they have all met and like Christina.

Actor/director Clint Eastwood leaves his hotel and heads to the set of “Sully” on October 8, 2015 in New York City. FameFlynet