Kym Johnson and Robert Herjavec Dating: Is It Love or Dancing With The Stars Pro Dancer After Millionaire’s Money? 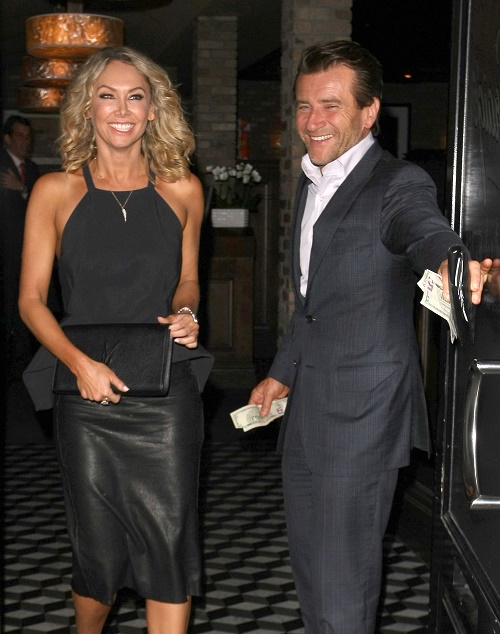 Dancing With The Stars pro dancer Kym Johnson and her partner Robert Herjavec are totally dating – even though they won’t officially confirm it, or deny it. The Shark Tank star and Johnson have been flooding social media with hot and steamy photos of themselves together, and burning up the dance floor with their undeniable chemistry – even Carrie Ann Inaba commented on how hot they were together. But is it true love or is Kym Johnson using Robert to boost her career and line her pockets?

After their Sunday March 29th performance on Dancing With The Stars, Kym Johnson gushed in an interview about how amazing Robert was – and she laid it on a bit too thick. Johnson told FOX 411, “Sharks don’t need to be aggressive because they have that inner confidence. He’s got this quiet confidence about him, which I love. He’s amazing. He really is. You’re still a shark but you’re like a koala sometimes. Koalas are so sweet. They’re cute and cuddly.”

Dancing With The Stars fans were a little put off by Kym Johnson’s over-the-top praising of her boyfriend and dance partner Robert Herjavec. It was almost as if she was trying too hard, and further spurred rumors that her heart is not in the right place. Robert Herjavec is in the middle of a messy divorce from his longtime wife, and recently even confessed that when his marriage went south he contemplated committing suicide. He’s vulnerable right now, and Robert’s friends fear that Kym Johnson is taking advantage of his vulnerability and the 38 year old may have ulterior motives for wooing the 52-year-old millionaire.

Nine times out of ten when a woman pursues a man that is 14 years older than her, and a millionaire, she has her eyes set on his bank account. Do you think that Kym Johnson truly cares about Robert Herjavec, or does she just care about dollar signs and the buzz that their relationship has created? Or is her heart in the right place, and does she truly have feelings for the Shark Tank star? Let us know what you think in the comments below!