‘Days of Our Lives’ Spoilers: Hope Gets Dangerous Clue About Clyde, Puts Life in Jeopardy – Who Will Save Her? 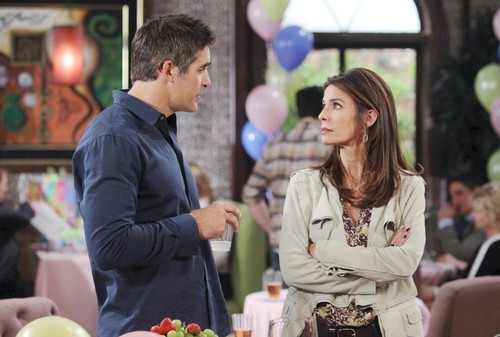 “Days of Our Lives” spoilers for Tuesday, June 9, tease that Will (Guy Wilson) and Sonny (Freddie Smith) will try to put their constant bickering to rest for Arianna’s (Harper and Sydnee Udell) birthday party. Ari means the world to both of them and they’re hoping that they can put their marriage problems on hold for the day. That sounds like a great idea, but their plan probably won’t go as well as they’d hoped. DOOL rumors say that Will and Sonny will run into Paul (Christopher Sean) at some point during the celebration, which means you can expect some tension. Of course, there will be a few other surprises in store at Ari’s party, but that’s to be expected in Salem.

In the meantime, Paul will focus on spending time with John (Drake Hogestyn) and making the most of the opportunity they’ve been given. “Days of Our Lives” spoilers reveal that John and Paul will begin to establish a relationship as father and son. They’ve had their ups and downs since Paul learned John was his dad, but they’re finally starting to move past their struggles. These two are starting to develop a bond and they’ll continue to grow closer in the coming weeks. Paul and John will even share a meaningful game of catch in the near future. 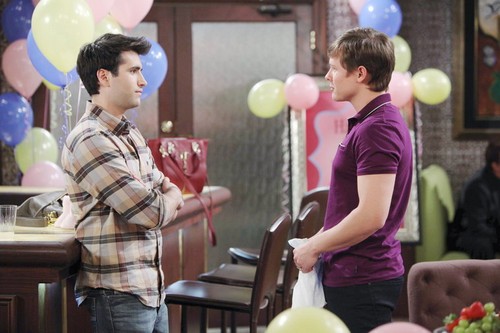 Other “Days” spoilers hint that Hope (Kristian Alfonso) and Rafe (Galen Gering) will get some new details in their investigation of Clyde (James Read). However, it seems they’ll decide it’s best to keep Aiden (Daniel Cosgrove) out of the loop for now. Whatever Hope learns will eventually lead her to the conclusion that Clyde put Sonny’s attack in motion. The question is: can Hope prove it? Down-the-road DOOL spoilers indicate that Hope will get pretty sneaky and it could put her life in jeopardy. Aiden doesn’t know it yet, but he’s already put himself in a dangerous position. Clyde wouldn’t think twice about harming Aiden or his son, Chase (Connor Kalopsis). If Aiden ever tries to intervene and help Hope, he could pay a devastating price. Stay tuned to “Days of Our Lives” to see what will happen when Clyde gets updates on Hope’s digging.

So “Days” fans, what do you think about the news that Will and Sonny will try to put their ongoing fight on the backburner? Will they succeed in keeping their anger at bay? Can Paul and John’s relationship stay on course? Who will Clyde go after if someone steps over the line? Let us know what you think in the comments below and don’t forget to check CDL tomorrow for the latest “Days of Our Lives” spoilers, rumors, updates and news.