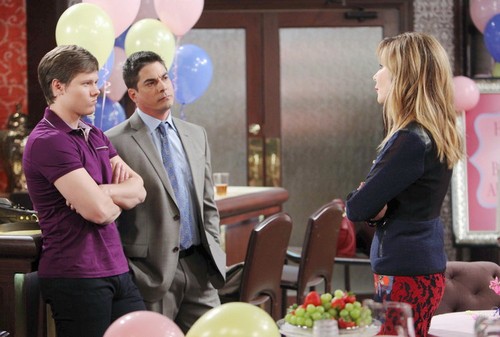 “Days of Our Lives” spoilers for the week of June 8-12 tease that big bombshells are on the way. On Monday, Nicole (Arianne Zucker) will decide whether she wants to let Daniel (Shawn Christian) in on what she’s learned about Xander (Paul Telfer) and Serena (Melissa Archer). Across town, Serena will have to make a decision of her own. Eric (Greg Vaughan) will pressure Serena to come clean, but she’ll hesitate on spilling her secret.

Meanwhile, Abigail (Kate Mansi) and Chad (Billy Flynn) will share a moment of passion. On Tuesday, “Days” spoilers say Abigail will find herself in bed next to Chad wondering how she could’ve done such a thing. Ben (Robert Scott Wilson) certainly wouldn’t approve of his girlfriend sleeping with another man. “Days of Our Lives” rumors hint that Ben will get updates on their affair soon enough. Over at Club TBD, a birthday party for Arianna (Harper and Sydnee Udell) will get underway. The celebration is sure to take an unexpected turn, as all DOOL events tend to do. 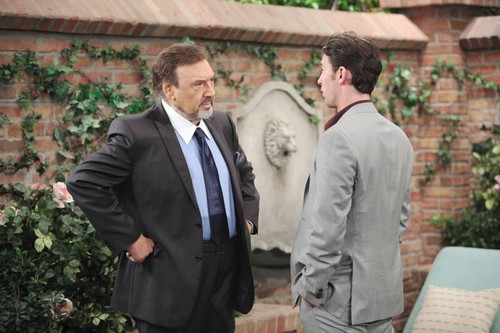 On Wednesday, Kate (Lauren Koslow) will blow up the birthday bash by declaring that Lucas (Bryan Dattilo) and Adrienne (Judi Evans) are bedroom buddies. Will (Guy Wilson) and Sonny (Freddie Smith) will have yet another round of drama with Paul (Christopher Sean). To cap things off, Hope (Kristian Alfonso) will find out that Clyde (James Read) may be connected to Sonny’s stabbing. It sounds like the case is finally taking a huge leap forward.

Thursday’s episode of “Days of Our Lives” will mark Stefano’s (Joseph Mascolo) return to Salem. Chad will suspect his father is up to something and it will cause him to change course with Abigail. Eve (Kassie DePaiva) will stir up some trouble as well. As Eve begins plotting revenge on Jennifer (Melissa Reeves), Paige (True O’Brien) will get vengeance on her mother by steering her own life in the wrong direction. 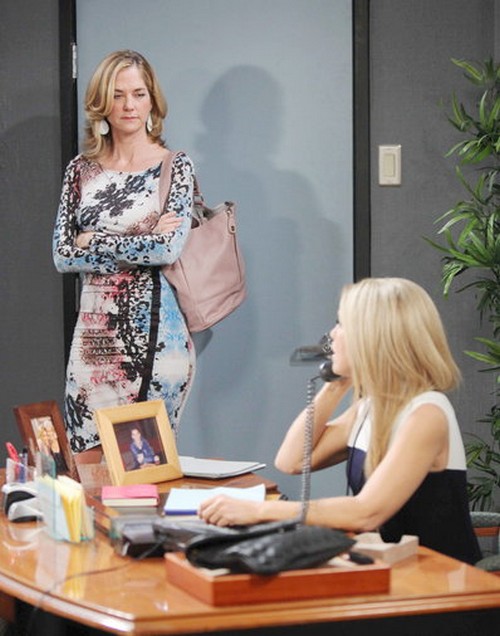 On Friday, one sizzling romance will suddenly fizzle. Fearing Stefano’s plan will mean bad news for Abigail, Chad will indicate that sleeping with her didn’t mean anything to him. It was just about proving a point. Chad loves Abigail deeply, but he won’t risk hurting her. Unfortunately, it looks like that’ll happen anyway. Abigail will undoubtedly feel stung by Chad’s cold remarks and callous actions. Paige will also do some rejecting when JJ (Casey Moss) tries to keep her out of harm’s way. At the Kiriakis mansion, Brady (Eric Martsolf) will let Theresa (Jen Lilley) know that he won’t be pushed around. It sounds like another exciting week of DOOL is coming up. Stick with the NBC soap to watch these Salemites try to sort out their problems.

So “Days” fans, what do you think about the all the drama in Salem this week? Voice your opinion in the comments below and don’t forget to check CDL tomorrow for the latest “Days of Our Lives” spoilers, rumors, updates and news.