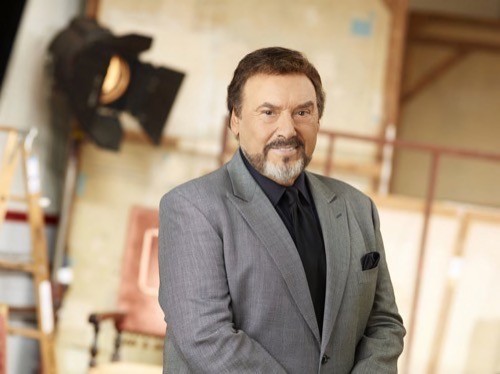 “Days of Our Lives” spoilers for Friday, March 13, hint that several Salemites will face a bit of bad luck. Kate (Lauren Koslow) will be caught off guard when Stefano (Joseph Mascolo) shows up at the DiMera Enterprises board meeting. The news that Stefano is back to scheming probably won’t sit well with Kate. Chad (Billy Flynn), on the other hand, will be happy to have his father back in action. This DiMera takedown has been a long time coming and Kate’s misfortune is sure to be Stefano’s pleasure.

As Kate goes up against Stefano, Theresa (Jen Lilley) will argue with JJ (Casey Moss). Ever since Eve (Kassie DePaiva) came into the picture, JJ’s feud with Theresa has taken a backseat. It seems JJ’s been much too busy with afternoon delights and cover-up plans to worry about what Theresa’s up to. Theresa has had troubles of her own thanks to Kristen (Eileen Davidson). Nevertheless, it seems the old foes will be at it again on the Friday, March 13 episode of DOOL. Perhaps a fight will break out when JJ updates Theresa on his intention of winning back Paige (True O’Brien). Theresa probably doesn’t really care, but she never misses an opportunity to chew out someone she hates.

Other “Days of Our Lives” spoilers for Friday, March 13, tease that Tori (Hira Ambrosino) will have some explaining to do when Will (Guy Wilson) asks her about the picture he stumbled upon. Hope (Kristian Alfonso) confirmed that the photo was taken in Salem and that means Tori was lying when she said this was her first visit. The question is: what could Tori be hiding? The rumors say that Tori may have had a brief affair with John (Drake Hogestyn) that resulted in Paul’s (Christopher Sean) birth. If John really is Paul’s father, Will may learn the truth and use it to blackmail Tori into helping him get Paul out of town.

Will could receive a little help from Lucas (Bryan Dattilo) in getting rid of Paul. “Days” viewers know that Paul has been hanging around Salem in hopes of winning back Sonny (Freddie Smith). DOOL spoilers indicate that Lucas will tell Paul to stop meddling in his son’s marriage. Lucas believes Will and Sonny deserve the chance to work things out and that’s not going to happen if Paul keeps coming between them. Will Paul listen to Lucas or hold his ground? Stick with “Days of Our Lives” to find out what Paul will decide to do.

So “Days” fans, what do you think about Stefano’s return to Salem? What will Theresa and JJ fight about? Will Tori do whatever it takes to keep her secret safe? Can Lucas convince Paul to steer clear of Will and Sonny? Let us know what you think in the comments below and don’t forget to check CDL tomorrow for the latest “Days of Our Lives” spoilers, rumors, updates and news.