‘Days of Our Lives’ Spoilers: Tori Explains Why She Lied About John Being Paul’s Father 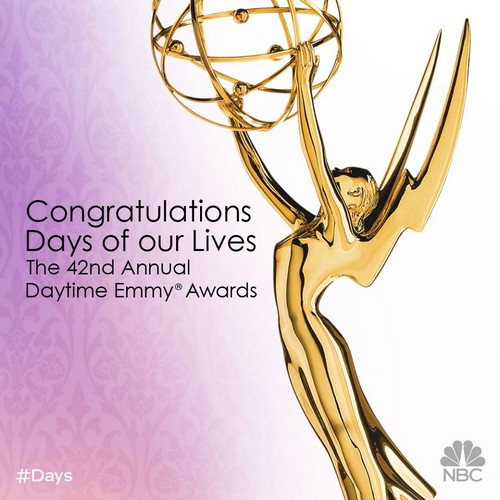 “Days of Our Lives” spoilers for Monday, April 13, tease that the jig is up for Tori (Hira Ambrosino). Now that Paul (Christopher Sean) and John (Drake Hogestyn) know the truth, they’ll expect Tori to give them some answers. Tori will tell them the whole story of why she kept Paul’s paternity a secret. As Paul struggles to process the news, Sonny (Freddie Smith) will offer his support. Of course, Will (Guy Wilson), aka Salem’s biggest man child, will be bothered by Sonny’s attempt to reach out to Paul. Unfortunately, it looks like Will might have a reason to worry.

DOOL viewers can see the way Paul and Sonny look at one another. It’s clear that the old flames could create a new spark if Will doesn’t get his act together. “Days” rumors say that Will could be back to his scheming ways in the near future. It sounds like the “WilSon” relationship may soon be over for good. Stick with the NBC soap to see if Sonny will decide to move on.

Other “Days of Our Lives” spoilers hint that Abigail (Kate Mansi) will confront Chad (Billy Flynn) about his true intentions. Abigail knows Chad is up to something, but she’s not sure what it is just yet. At least DOOL watchers know a few pieces of Chad’s scheme. With Stefano’s (Joseph Mascolo) help, Chad informed Ben (Robert Scott Wilson) that the authorities wanted to talk to him about something that happened during his time in Florida. Ben went by the name Kevin Reynolds back then, but he could easily be traced to Salem. It seems Ben dealt with a lot of shady characters in the Sunshine State. When you consider the fact that Ben has gone by his fair share of aliases, good ol’ Ollie seems pretty shady himself. Bottom line, Ben may be headed for trouble.

Once Ben’s out of the picture, Chad plans on winning Abigail’s heart and breaking it just as quickly. However, it’s possible that Chad’s feelings could throw him for a loop. It could all be part of Chad’s plot, but he certainly seems smitten with his ex. After all, Abigail’s the one who broke things off. Chad might still be with Abigail right now if he hadn’t tried to fake a brain tumor to win her affection. When Abigail gets updates on Chad’s latest charade, she won’t be too happy. Could Chad’s conniving ways make him lose his love once again? Stay tuned to “Days of Our Lives” to find out if Chad will regret his deception.

So “Days” fans, what do you think about Tori’s confession? Will John and Paul accept Tori’s reasons for keeping quiet all these years? Will Sonny begin to grow closer to Paul? What about Chad’s manipulation of Abigail? Will it backfire in a big way? Let us know what you think in the comments below and don’t forget to check CDL tomorrow for the latest “Days of Our Lives” spoilers, rumors, updates and news.

Enjoy the Days of Our Lives spoilers promo preview video for April 13, 2015 below!