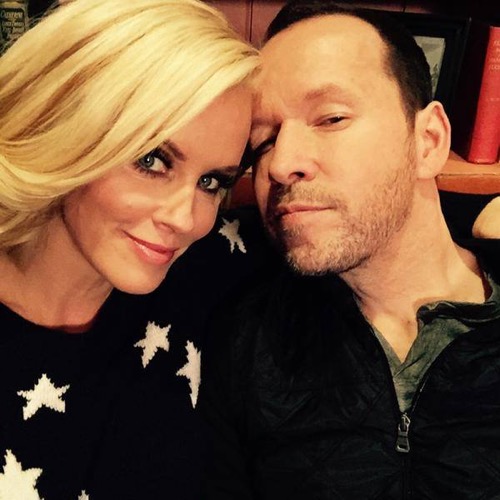 Donnie Loves Jenny airs tonight on A&E with an all new Wednesday January 21, season 1 episode 3 called “Looking for Love in All the Wrong Faces” and we have your weekly recap below. On tonight’s episode, Donnie and Jenny offer to assist Jenny’s father.

On the last episode, Jenny and her twelve-year-old son, Evan, had always been a team, so when Donnie offered to handle all things Evan for the day, Jenny was weary handing over the reins. Donnie tried to juggle his busy TV schedule with his new responsibilities as a stepdad and Jenny tried to trust her new husband with their blended family—but sharing the load might be much more difficult than she imagined. Did you watch the last episode? We’ve got a detailed recap right here for you.

On tonight’s episode as per the A&E synopsis, “Donnie and Jenny offer to assist when Jenny’s single father, Macky, lands his first date in ages.”

On tonight’s new episode of “Donnie Loves Jenny”, Jenny and Donnie want to help her dad get back into the dating world. So far he’s been doing fine with just his dog as a companion but the couple wants him to at least have another more exciting option. And so Jenny, for one, definitely thinks her father needs some kind of makeover to make his upcoming date a success.

That is if she wants it to be a success!

Macky was set up on a blind date by a friend and while Jenny is enthusiastic about it – she’s also worried about him. She wants him to date but not just anyone off the street. And this woman he’s meeting could be anyone. She could by a gold-digger or possible be young enough to want children. So for the time being, Jenny is going to be keeping as close of an eye as she can on the going-ons involving her father.

Jenny convinced Macky to get a tan. And unfortunately she traumatized her husband when he saw his father-in-law naked behind. Then Jenny talked her dad into seeing the dermatologist which as it turns out wasn’t so bad. It was the treatment he had to have after seeing the dermatologist, to cool down his blotchy his face, was what sent everyone in a tizzy.

Macky’s face looked like he had a diaper rash and once Donnie saw hat for himself – he started to worry about what else Jenny was going to talk her father into doing. So he took over Maky’s makeover after that.

He took Macky to the gym and there the two men had a heart to heart. It seems this makeover is frightening Macky instead of instilling him with confidence. He told Donnie he doesn’t want his date to become interested in the guy he appears to be only for her to be disappointed once all the treatments wears off. And, at first, Jenny wasn’t understanding all of this when Donnie was repeating to her because on her first date with him – she went all out.

But after she thought it over, she then realized her father would be attracting women that like tans and he’s not always going to have one. And that made her look back on her earlier actions and see them for what they were. It seems there was part of her that wasn’t ready for her dad to move on from her mom.

And that wasn’t right towards her dad. So she apologized to him and told him to simply be himself on his date. Though, when he did go on his date, it took everything Donnie had to stop her from calling in and checking up on Macky.