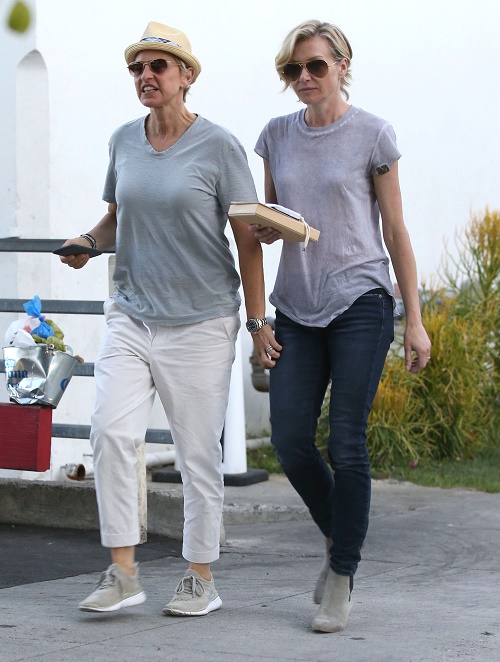 Ellen DeGeneres and her wife, Portia de Rossi, have been rumored to be on the verge of a divorce for months, and it’s no secret that the troubled couple have been living in separate houses for quite a while now. Although Ellen and Portia’s marriage trouble was originally blamed on their non-stop fighting over their careers and Ellen’s control issues and temper, it looks like there could be more going on than what meets the eye. Is Ellen DeGeneres cheating on Portia with Tatum O’Neal?

Ellen and Tatum O’Neal have always been good friends and are constantly going on lunch dates together. Portia never questioned Tatum’s relationship with Ellen. After all, Tatum was a mother of three kids and divorced from John McEnroe. But Tatum recently admitted that she has been “dating mostly girls,” and it has thrown Ellen and Portia’s already fragile relationship into a tailspin.

The June 29 edition of Star Magazine reveals, “Portia had always assumed Tatum was straight. Now, alarm bells are going off in her head and she has had to ask Ellen if there is anything going on between them. Ellen tells her ‘absolutely not,’ but the seed has already been planted in Portia’s mind.” Insecurity and jealousy issues will be Portia’s downfall, and now that she knows Tatum O’Neal actually dates women too, she most likely won’t be able to shake the idea of Ellen cheating on her with the actress.

Perhaps Portia is just being paranoid, and there really is absolutely nothing going on between Ellen and Tatum. But if Portia isn’t careful and keeps up her jealous behavior and hounding Ellen about the actress, she could wind up driving her wife right into Tatum’s arms. Do you think that Ellen is cheating with Tatum? Or is Portia just being paranoid? Let us know what you think in the comments below!