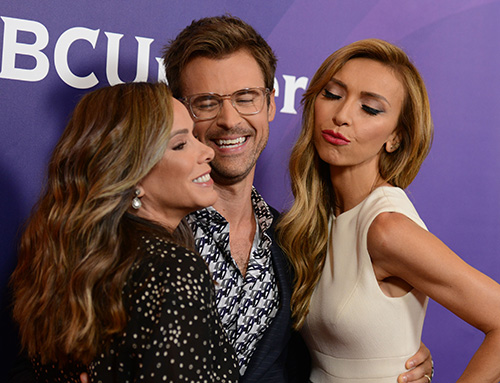 Melissa Rivers made her Fashion Police debut as Joan Rivers’ replacement on Monday, August 31, and the hosts analyzed the 2015 Video Music Awards red carpet looks. Sadly, Melissa’s highly anticipated debut as a Fashion Police host turned out to be a huge ratings flop, and according to a new report, E! has had enough of the show’s low ratings and drama – the network is planning on cancelling it!

Since Joan Rivers’ death, Fashion Police has not been the same. First, the network tried to replace the late Rivers with host Kathy Griffin – and viewers were unimpressed. Then there was the whole Kelly Osbourne and Giuliana Rancic drama, plus the racist comments about Zendaya – which did not go over well with viewers. E! was really banking on Joan Rivers’ daughter, Melissa, to bring the show back to life this season, but the ratings are in and it is pretty clear that no one cared about Joan’s legacy taking over, or the VMA red carpet dresses.

According to a report from Naughty Gossip, Fashion Police will be cancelled sooner rather than later. An insider close to production dished to the website, “It is clear that the show doesn’t work anymore, and rather than spend more time trying to fix it, producers are ready to cancel it.” At this point, if any one truly is concerned about Joan’s legacy, they will retire the show while it still has some dignity left – because it is just a few episodes away from becoming a total joke.

Did you watch Melissa Rivers’ Fashion Police debut? Do you think she is helping the show or hurting it at this point? If Joan Rivers were still alive, what do you think she would have to say about all of the drama that has gone down in her absence? Let us know what you think in the comments below!