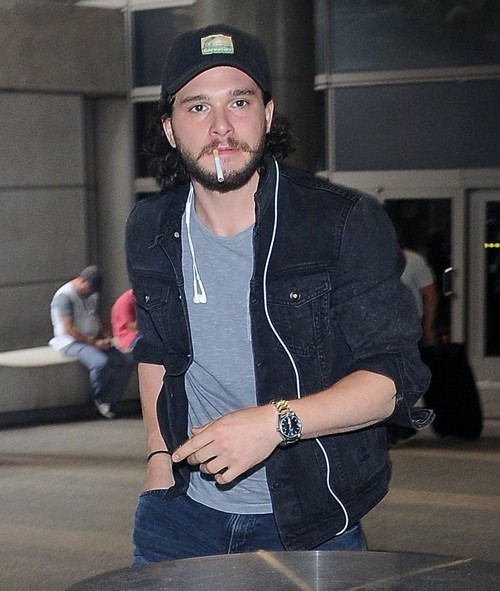 Is “Game Of Thrones” character Jon Snow really dead? The Season 5 finale of the HBO show ended with a deadly cliffhanger – Kit Harrington’s character Jon Snow was stabbed multiple times and left lying on the snowy ground lifeless. GOT fans have been speculating for months now whether Jon Snow is really dead, or if during the Season 6 premiere someone will save him, and nurse him back to health.

“Game Of Thrones” Season 6 spoilers have been rolling in, and fans are even more confused than ever about Jon Snow’s fate. Although, the show implied that the character was dead, Jon’s portrayer Kit Harrington was recently spotted in Belfast, Ireland – where Season 6 is currently being filmed. If his character was killed off, why would he be poking around the “Game Of Thrones” set?

To further fuel the theory that Jon Snow is still very much alive, a Belgium Magazine published an interview with Kit Harrington, discussing his “Game Of Thrones” gig. In the piece Harrington clearly states that he is going to be on the HBO drama for a long time. Why would he say that if his character was dead? Harrington dished, “The important thing is that I now know exactly how long I am still under contract… Let’s just say that Game of Thrones will remain a part of my life for a while, I’ll probably be in my 30s when it’s over.”

However, Harrington’s co-star Maisie Williams, who plays the part of his sister Arya Stark is singing an entirely different tune. During the 2015 Emmy Awards, Williams discussed some “Game Of Throne” spoilers with a reporter rom TV Line and stated, “You’re the first (to ask about Harington’s character Jon Snow) and the answer is no, he’s dead, sorry. And the interview that you’ve all read that think that, Kit spoiler is fabricated and it was totally false.”

Yeah, we’re just as confused as ever. So, either Maisie Williams just broke thousands of Game Of Thrones’ fans hearts around the world. Or, the GOT producers instructed everyone to keep Jon Snow’s death, or lack of death, under wraps so that fans will be surprised during the Season 6 premiere. What do you guys think, is Jon Snow dead or not?