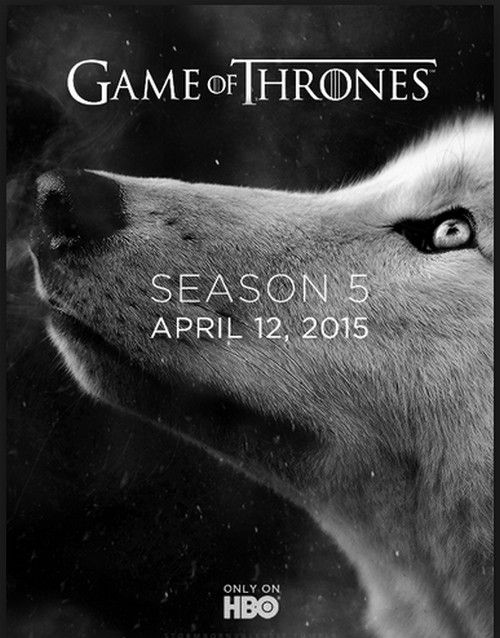 Game of Thrones Season 5 premiere spoilers reveal much more info than anyone had expected after the first 4 episodes were leaked! As if people weren’t already talking about Game of Thrones, in a shocking turn of events, the first four episodes of the HBO phenomenon have been leaked online! Fans have been waiting eagerly for the show’s season 5 premiere, which airs tonight at 9 pm on HBO, but now it would appear that the wait is prematurely over.

The episodes began appearing on torrent sites Saturday, April 11, the day before the long-awaited season 5 premiere, and have since been downloaded by around 778,985 people, according to piracy-tracking firm Excipio.

While this is great news for fans- the number of people who have downloaded the episodes speaks volumes for the show’s popularity- HBO will hardly be thrilled, and that is putting it in the most mild terms possible. The number of downloads should hardly come as a surprise. According to Variety.com, Game of Thrones was 2014’s most-pirated TV show with more than 48 million episodes snagged by pirates via file-sharing torrent services, and the season four finale hit record levels of downloads within 24 hours of air!

Game of Thrones Season 4 left off with some of the show’s most prominent characters in various states of despair. Audiences last saw Daeneryes Targaryen struggling to revive the freed city of Mereen, while Tyrion Lannister was seen escaping King’s Landing after avoiding execution and murdering his former love Shae. Of course, these are only two of the many characters whose fate was left unknown at the end of season 4, and fans- who haven’t already downloaded the leaked episodes- will be eagerly awaiting whatever lies ahead in season 5. With a show like Game of Thrones though, it is impossible to guess what will happen when each episode usually ends with at the death of at least one character.

It will definitely be interesting to see how many people will be tuning in to the season 5 premiere in the wake of this massive episode leak. Will you be watching Game of Thrones season 5 premiere tonight, Sunday April 13? Let us know in the comments below!