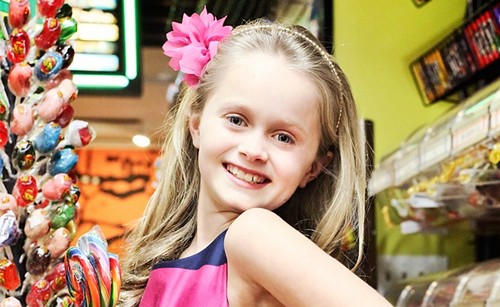 “General Hospital” spoilers reveal that GH put out a casting call for a young female child August 31. In the character description, it said they are looking for a Caucasian girl, aged nine to eleven years old. The role would be an ongoing role – a day player. It is a very important role – so they are looking for a well-rounded actress. Who could they be looking to casting or recast?

Speculation about the character went into overdrive on social media. They wondered if the character could be Carly’s (Laura Wright) daughter, Josslyn Jacks. The actress who portrayed Jossyln (Hannah Nordberg, has been unavailable for filming due to her upcoming role in the Dolly Parton biopic, “Coat of Many Colors.” After all Nathan Varni made it clear that GH was going to move away from the kid show that plagued viewers until recently – thus this casting call is unlikely to be for a new child character role.

There has not been a confirmation about the character’s name, yet. The only detail released was she would be cast in an important role. Currently on GH, Josslyn is living with her father. She was last seen on the show in February.

Fans reacted to the casting call with relief. Many fans have not accepted Hannah Nordberg in the role of Jossyln. It was clear that many felt that the character should have a bigger role on the show. Given that Jossyln is a young child of Carly’s, she is rarely seen or talked about. “GH” writers released a statement that they want to change the way the child characters are written. They want to center the show on the core families’ ties and put business in the background. Does that mean Josslyn Jacks will return to Port Charles? It is looking that way right now. How do you feel about a possible Josslyn Jack recast?