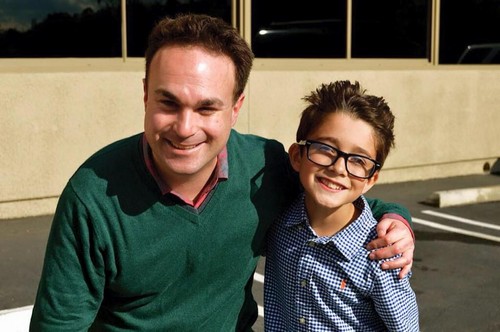 With a change of writers will come a change in story timeline as the new writers Shelly Altman and Jean Passanante are well aware of the outcry from fans to get the Jason Morgan (Billy Miller) reveal out. Varni said September would be the month when stories start getting traction and as CDL spoilers for you, the Carly (Laura Wright) and Sonny (Maurice Benard) nuptials will be a turning point in the Jason reveal. It seems that story is staying on point but other stories Carlivati began will take twists and turns with the new writers.

Varni said he wanted to change the way “General Hospital” is written. “Our goal is not to develop a storyline and then drop it off never to speak of it again. We want to wrap up storylines and keep the show fresh.”

Michelle Stafford recently mentioned that she looks forward to new work she would be doing on the show at GH Fan Club meeting. CDL predicted Nina Clay (Michelle Stafford) is in fact Kiki Jerome’s (Hayley Erin) bio mom. The twist could be that Ava (Maura West) supposedly had no clue of this but with Ava the liar who really knows.

Of course now that Carlivati is gone we might expect a return visit from good old Anthony Geary in a special arc – Anthony said as much during his devastating exit interview during which he excoriated Carlivati and Varni said that within a year or two Tony could return.

Varni revealed that the show wanted to add depth to the characters and show an emotional side to each of the characters. He also made clear there would be more romance and no more dropping storylines and leaving fans frustrated and puzzled. In CDL’s opinion this was where Carlivati really dropped the ball with GH – he did not take the time to create the character, giving them depth or staying power, he moved them on and off the show like musical chairs. Same with storylines – everyone remembers the painful Fluke debacle with it’s failure to be internally consistent. Most fans have not really bonded with recent characters – a fan favorite is Nina Clay but as reported by CDL Nina’s character is all over the board – from one personality to another every week making it difficult to bond. Fans cannot get a grasp of her soul –  but it does sound like the new writers are going to give us a clearer picture of who Nina really is and CDL looks forward to it!

Valerie (Brytni Sarpi), Dillon (Robert Palmer Watkins) and new Kiki are also characters fans have not bonded with for similar reasons – no emotional depth. Carlivati got rid of beloved characters that GH viewers connected with over the years and brought in new characters – expecting fans to embrace them but for the majority this character turnstile method fell short.

Some of Carlivati’s creations were a great success and fans did fall in love with them after a period of time. Viewers love Dr. Obrecht (Kathleen Gati), the most charismatic actor and one of the most talented in all daytime TV. Dr O is definitely a multi dimensional character with many sides to her and Sabrina Santiago (Teresa Castillo) is also doing well – this character also took some warming up to but fans have grown to love and accept her.

One of the main problems GH faces from many fans’ point of view is that are there are too many storylines going at once with characters viewers are really not interested in because they have nothing invested in these people. It sounds like Varni and the new writers have a grasp as to what went wrong with GH and so with adjustments will also come plot changes. CDL looks forward to the new plot twists and turns – Cheers GH fans it looks like our favorite soap could be back on track!

How do you feel about the new writing team wanting to bring depth to characters? Is this what GH was missing? Please leave your thoughts and comments in the CDL comments below