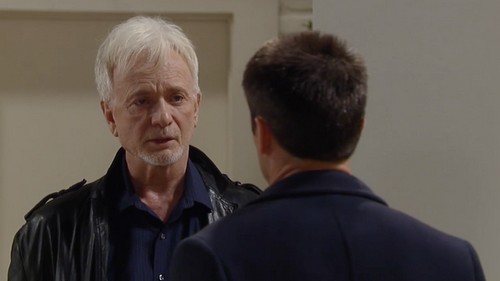 “General Hospital” spoilers tease some crazy reveals and exciting storylines going into February sweeps. And, if half of the rumors floating around about the ABC soap turn out to be true – then fans better buckle up because we are in for one crazy ride. We always like to keep a close eye on the “General Hospital” rumors that are floating around – because nine times out of ten there is some truth to them. Here are some of our favorite rumors that are floating around right now, please remember that at this point these are just rumors, and may or may not turn in to actual spoilers.

Fluke Reveal: It seems like every week there is a new rumor floating around about who Fluke is. This week, rumor has it that Fluke is actually Luke and Bobbie’s long lost and abused sister Patricia. We are truly hoping this rumor is 100% false, because it is wrong on so many levels. First of all, what in the hell did Luke and Bobbie to do their sister to make her hate them that much, and second of all…is Patricia a man? Did she have a sex change? Seriously… what is going on?

JaSam Fans Have Spoken: Rumor has it that during February sweeps Jake’s true identity will be revealed, and Sam will be the one who finally discovers the truth when he kidnaps her once again and tries to carry out the hit on her from Helena. The scenes are rumored to be super cheesy and super predictable – and supposedly were written just because TPTB forced Ron Carlivati to reunite Jason and Sam because of all of the negative feedback on the internet from the JaSam following.

Olivia Is Pregnant: We’re not really sure if we should consider this a rumor, or just a statement of the obvious. But, it was revealed late in 2014 that the actress that plays Olivia, Lisa Locicero, is pregnant in real life and rumor has it that the writers plan to include her real-life pregnancy in an upcoming storyline – and have Olivia wind up pregnant with Julian Jerome’s baby after their one night stand on New Year’s Eve. Considering the love triangle/square the writers have going on with Olivia, Ned, Alexis, and Julian, it really makes perfect sense that Olivia would be pregnant with Julian’s baby.

Brandon Barash Coming or Going? When Brandon Barash signed on as Johnny Zacchara – he clearly said in an interview that he had no intention of returning full-time and that this was just a brief storyline. However, now his character is out of Pentonville and stirring up all kinds of drama. When we heard Barash was returning, we all assumed that he would just hurl a few insults at Sonny in the prison yard – not be orchestrating a Port Charles takeover. Rumor has it that TPTB at “General Hospital” have convinced Barash to stay on full time and his “brief storyline” will be much longer than originally anticipated, and possibly permanent.

Crichton Clark 2.0: Remember during the last Sweeps period – everyone and their brother was at Crichton Clark and then the clinic was bombed and went up in flames? Well, rumor has it that Bill Eckert’s house/ Future Quartermaine clinic will be the setting for February sweeps and that building is going up in flames as well – with multiple key characters inside… just like Crichton Clark.

So GH fans, are you excited for February sweeps? Do you think that Sam will be able to help Jason free himself from Helena’s mind control before he kills her, and then they will live happily ever after? Or were you hoping that Jason Morgan would be paired up with somebody new? Would you like to see Brandon Barash stick around as Johnny Zacchara? Let us know what you think in the comments below and odn’t forget to check CDL tomorrow for more “General Hospital” spoilers and news.