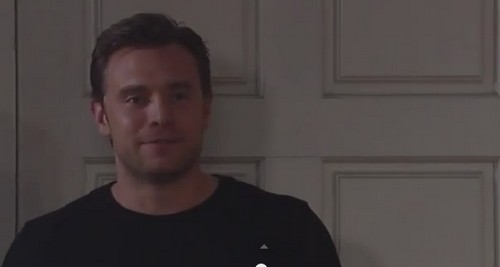 “General Hospital” spoilers and news reveal that the week of April 20-24 will be full of exciting episodes of the ABC soap and must-see drama, according to GH rumors fans will now want to miss a single second. As the mob war in Port Charles escalates, some shocking discoveries are made by a few of our favorite characters. According to “General Hospital” spoilers, this is what fans can expect to see the week of April 20:

Monday April 20: “General Hospital” spoilers reveal that on Monday’s episode of the ABC soap Carly (Laura Wright) continues to investigate Hayden and try to figure out what she is hiding. Meanwhile across town Nikolas (Christopher Tyler) panics when he realizes that Jason Morgan’s (Billy Miller) ring is missing, and someone may have discovered the secret he has been trying to keep. Check the sneak peek video below to see Jake getting ready to discover Jason’s wedding ring. Now let’s bet that find will trigger all kinds of memories for Jake and Sam – but will they realize their memories are connected? Spoilers also tease that Lulu (Emme Rylan) begins to feel uncomfortable around Valerie – and rumor has it she could be making a move on Dante.

Tuesday April 21: “General Hospital” spoilers indicate that Tuesday’s episode will feature Duke Lavery (Ian Buchanan) ordering a hit on one of our favorite Port Charles residents, some rumors that were floating around the Internet tease that it may be on TJ’s mom Jordan (Vinessa Antoine). Also on Tuesday’s episode of GH, Nikolas finds himself sharing a passionate moment with none other than Hayden (Rebecca Budig).

Wednesday April 22: On Wednesday April 22 spoilers for the ABC soap tease that Spinelli (Bradford Anderson) asks his old pal Sam Morgan (Kelly Monaco) for help on a matter of uttermost importance. Meanwhile, Sloane orders Jake/Jason Morgan to find out what the Jerome Family is plotting and to report back to him ASAP.

Thursday April 23: According to “General Hospital” spoilers on Thursday’s episode of the ABC soap the mob war will reach dangerous levels – and gun shots will be fired in Port Charles. Also, spoilers tease that TJ has bad news for Shawn, and as Sabrina (Theresa Castillo) does some digging in to Michael’s (Chad Duell) bizarre behavior she makes a startling discovery as to why he was acting so crazy.

Friday April 24: “General Hospital” spoilers tease that April 24 will be an exciting episode of the ABC soap and fans won’t want to miss it! Kiki (Hayley Erin) and Morgan (Bryan Craig) have no choice but to confess to setting up Michael, meanwhile the fallout from the mob shooting intensifies. Nathan (Ryan Paevey) puts the pressure on Silas Clay and demands to know what he has been doing in New York, will he discover that Ava Jerome (Maura West) is alive?

So GH fans, who do you think gets shot this week? Could the rumors be true and Duke orders someone to take out TJ’s mom Jordan? Will Carly figure out that Hayden is a scam – and Jake Doe is actually Jason Morgan? How will Michael react when he learns that Kiki and Morgan set him up? Will Nathan figure out what Silas has been up to in New York? Let us know what you think in the comments below and don’t forget to check CDL tomorrow for more “General Hospital” spoilers and news.